The European Bison is a wild wood ox, the largest ungulate animal in Europe, which is considered a contemporary of the mammoth. The body length of the ox is up 3 – 3.5 meters, the shoulder height is 1.7 – 2 meters, its weight can reach up to one tonne. On the front, the hair of the wisent is thick, soft and long, that is why visually it seems to be even more massive and powerful. However, its voice is more like a deaf grunting and does not correspond with its size and the impression of a giant.

First references to the European Bison were made in the III century BC; and the fossils of the ancestors of the bison belong to the Pliocene (1.5 million years ago). For most people, this powerful and beautiful beast represented the forces of nature, had a traditional religious significance, it was worshiped as one of the symbols of the native land.

The wisent is a symbol of the entire environmental movement devoted to saving rare and endangered species of animals. Due to breeding in breeding centres, the European bison is the only world example, which has survived only in captivity and which is successfully returning to nature!

Only a man is to blame for bison extermination in the wild. Poaching, deforestation and burning of forests, unrestricted shooting of animals in times of wars, civil commotions and revolutions has led to the fact that in 1927 the European bison was completely exterminated in the wild. In 1927, there were only 48 wisents in European zoos worldwide. From 1933 to 1939, in the USSR there lived only one purebred bison named Bodo, miraculously spared in the reserve near Kherson.

Due to activities of breeding centres and zoological parks, the European bison was saved from extinction. Now the number of the world’s livestock is approximately 4,500 bison, about 3,000 of them live in their natural habitat. 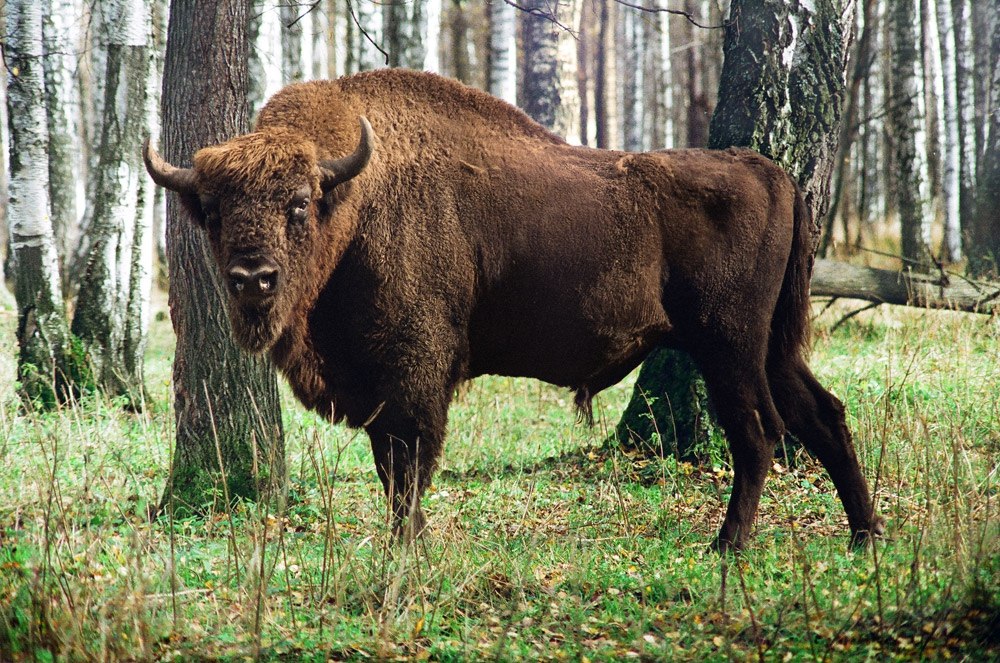 How long do bison live?

Wisents can not be regarded as centenarians among animals. Their living age is relatively short and does not exceed 30 years. Males usually live 10 years less than females. The registered male age limit is 23 years old, but most of them die of old age when they are 19-20. Bison grow quite slowly. Males reach full physical development at 10 years old, females – at 7 years old.

How long does bison pregnancy last?

Females give birth to their first baby when they reach the age of 3. Pregnancy lasts for about 9 months. When calves are 10 or 11 months old, they are separated from their mothers. Most of baby bison are born in May and June.

What do bison eat?

Bison eat herbaceous and woody plants. They graze mostly in forest clearings and in the floodplains of small rivers and streams, and in the autumn they graze on the slope meadows eating aftermath. The most favourite of tree species are willows, aspens and oaks. Bison eat around thin branches with leaves, they peel young trees and eat bark. They are very fond of acorns.

In the breeding centre in the summer wisents are fed with combined feed and woody forage twice a day, in the winter hay and succulent food – chopped beets and carrots – are added. In average, an adult female bison gets about 2 kilos of combined feed per feeding and an adult male bison gets 3 kilos. Baby bison start getting dry feed at the age of two months. In every paddock there is a salt brick with mineral additives.

By its nature, bison are rather timid and shy animals. In the wild, they usually avoid meeting the man and when they see the one, they run away. In paddocks of a breeding centre they are much braver, though they always obey breeders. Wisents can memorize sounds of the food being served very well. For example, in a breeding centre they come to have breakfast and dinner (they do not have lunch) to the sound of the hunting horn or bugle. 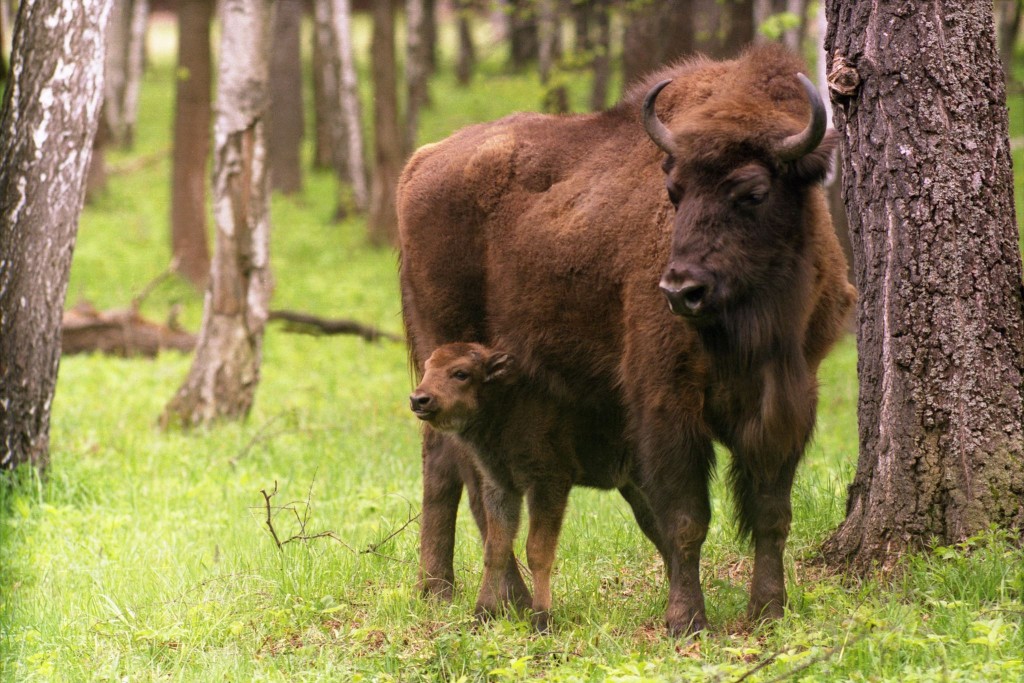 How is the European bison different from the American buffalo?

The differences between the European bison and the American buffalo are insignificant. The bison has a higher hump, which is different in shape, longer horns and a tail. The bison head is set higher than the buffalo head. The body of the bison reminds a square when the buffalo’s one reminds an elongated rectangle, in other words, the buffalo has got longer back and shorter legs. In the hot season, the back part of the buffalo is covered with very short hair; it is almost bald, while the bison is covered with thick hair in all seasons. Both species are about the same size, though the American buffalo looks leaner and stronger due to its stockiness. 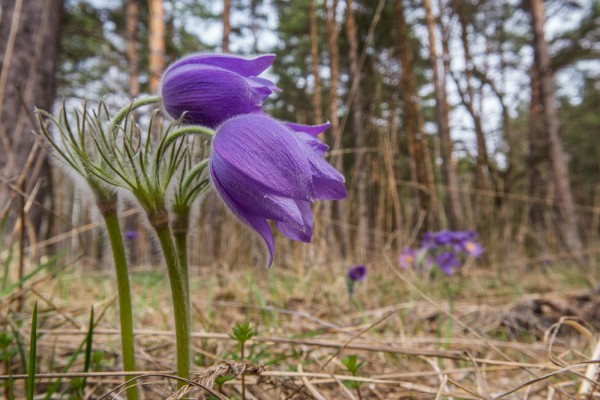