The regular accounting season for wintering birds under the Parus program, implemented by the Union of Birds conservation of Russia, has begun.
On the territory of the Prioksko-Terrasny Reserve and its environs, on December 15 and 16, the route accounting of wintering birds, the second in the autumn-winter season of 2018-2019, was held. Accounting was carried out within the framework of the Parus scientific volunteer program, which is carried out under the supervision of Ekaterina Preobrazhenskaya, a senior researcher at the Institute of Ecology and Evolution of the Russian Academy of Sciences, and coordinated by the Union of Birds. 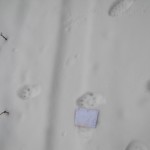 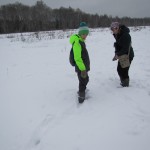 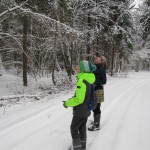 A long-term series of counts of wintering birds in the Prioksko-Terrasny reserve is one of the most long-existing in Russia. For the first time, route records of wintering birds were carried out in the reserve in the early 1960s, and annual surveys began in the winter of 1976-1977. In the last decade, wintering birds are usually taken into account in 3 periods: in the pre-winter (late October-November), in December and February.

This time 10 people took part in the records, including young naturalists and adult volunteers ornithologists from the VOOP biological circle at the Darwin Museum of Moscow, as well as graduates of the Bird ID school of the Norwegian University for the Education of Amateurs birds in nature. 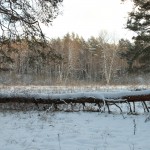 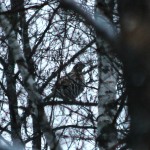 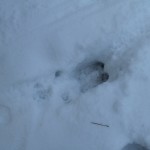 In total, the counting participants traveled about 90 km. Most of the routes passed through the forests of the reserve and the protected zone.

During this season, 38 species of birds were recorded, 10 of them kept only in the floodplain of the Oka River. A stable average number was recorded for species such as the Great Spotted Woodpecker, Nuthatch, Crested and Great Tits. Among the interesting encounters, a wood grouse can be noted feeding on pine needles in a conservation zone east of the reserve, a eurasian pygmy owl flying over the forest of a young white-tailed eagle. The young naturalists were able to photograph hazel grouse. We were pleased with the high diversity of species and the number of birds in the floodplain of the Oka, everywhere there were flocks of bullfinches. 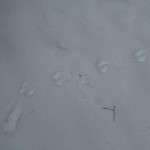 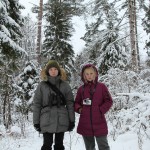 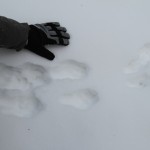 The young naturalists also got acquainted with traces of animals in the snow, traces of lynx were again noted in the reserve.