On February 23-24, in the Prioksko-Terrasny Zapovednik, the third and final autumn-winter season of 2018-2019, the route accounting of wintering birds, took place.

In the Prioksko-Terrasny Zapovednik every winter for more than 40 years, wintering birds are counted by young naturalists and students. This is one of the most long-term series of winter monitoring of birds. 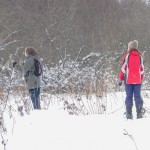 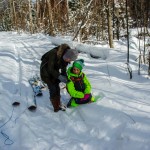 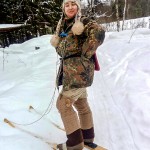 This February, as before, bird surveys in the reserve were conducted by members of the VOOP Biological Club at the Darwin Museum of Moscow, together with graduates of the Bird ID School, a program at Norwegian University to train birdwatching enthusiasts in nature. The group leader is Olga Krivoshchapova. 9 people participated in the records, among them were senior pupils, students and adult volunteers ornithologists. Most of the routes passed through the forests of the reserve and the protected zone.

During the surveys, the young naturalists happened to hear the birds begin to sing their spring songs. Stacks of goldcrests, a large number of willow tit, siskins and redpolls stacks were noted. From the first day, naturalists everywhere encountered such species of birds as long-tailed tit, crested tit, coal tit, blue tit, and big tit.
Were photographed meeting with treecreepers, nuthatches, bullfinches and waxwings. The black woodpecker, the largest woodpecker for our forests, was often encountered by the accountants! There were also meetings with other species of woodpeckers (Great Spotted Woodpecker, White-backed Woodpecker), and also with jays and crows. Also, young naturalists met with traces of animals in the snow. 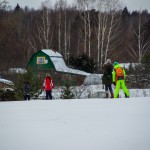 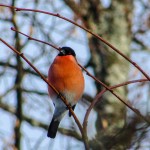 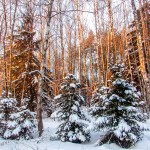 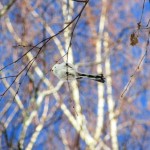 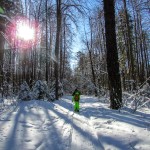 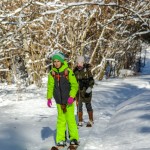 The data collected during the survey will allow ornithologists to estimate changes in the number of birds since the beginning of winter and to draw conclusions about the success of wintering this season. Unfortunately, the general trend of the last decade is a decrease in the number of mass wintering species. The reasons for this phenomenon must understand ornithologists.

Young naturalists say thank you very much for the friendly welcome and the opportunity to meet with the inhabitants of the reserve! 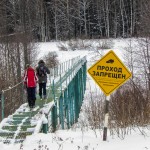 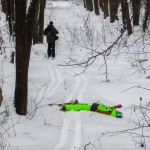 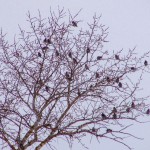