On the territory of the Prioksko-Terrasny Reserve, on December 7-8, the first route count of wintering birds in the winter season 2019/20 was held.
2019 is coming to an end, it’s time to finish business, take stock and start the new year from scratch. But for the ornithologists of the scientific department of the Prioksko-Terrasny Zapovednik, everything is just beginning – right now the new season of counting wintering birds is starting.

This work has not stopped for decades, even under the Soviet Union, in the 1970s, the first counts began. They never stopped, regardless of any political and economic changes in the country. Thanks to this continuous series of observations, a unique opportunity appears to analyze changes in the number and species composition of birds over the years. 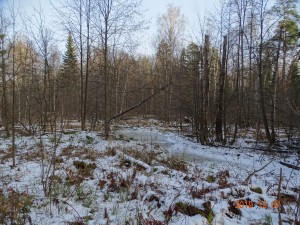 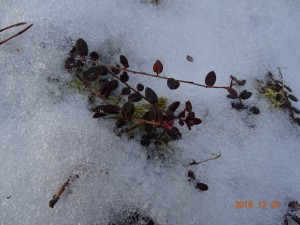 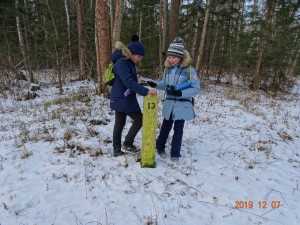 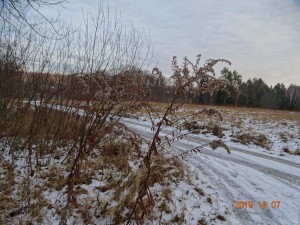 Winter bird counts in our reserve always take place with the involvement of ornithological volunteers from young naturalist groups. Any student will be happy to receive invaluable practical experience under the guidance of experienced mentors. In addition to identifying birds, reserve employees teach to read animal tracks, show how to distinguish them from each other, be attentive and quiet. Also in the reserve, beginner volunteers gain orientation skills on the ground, including using quarter pillars, and this will always come in handy in life.

This year, our long-time assistants from the biological circle of the Darwin Museum “VOOP” in Moscow came to help with the counting. And for the first time, students and a teacher from the Chemical Lyceum of Tula joined them. Total gathered: 10 volunteers and 2 employees of the reserve. 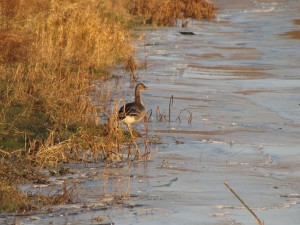 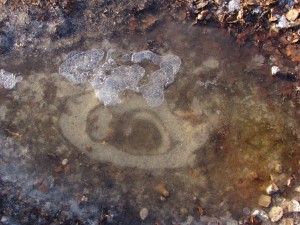 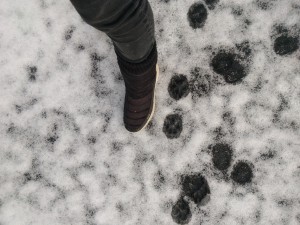 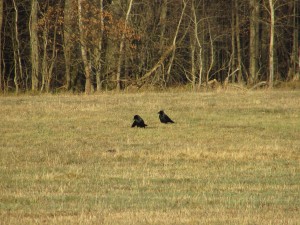 Young people were full of energy and enthusiasm – they silently walked through the forest, listening to every squeak and rustle. To the pride of the reserve employees and mentors, not a single movement in the branches of trees and bushes could hide from their keen eyes.

Although there is very little snow in the forest now, even this amount is enough to see how full the forest is! Everywhere there are numerous traces of roe deer, deer, elk, foxes, martens, hares, squirrels, mice, hazel grouse and capercaillie. Volunteers were even lucky to capture traces of the lynx that the predator left in the recent thaw. 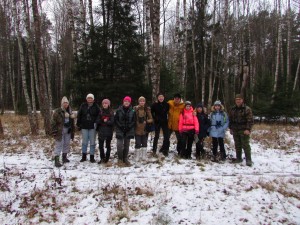 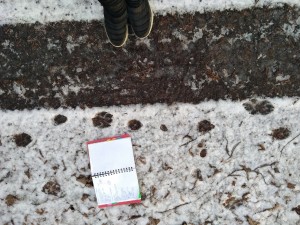 Throughout the routes, 25 species of birds were discovered and their number was recorded. The number of birds at the beginning of winter allows us to draw conclusions on how favorably the period of summer breeding and autumn migrations passed. Further studies will show how the birds survive the winter.

We look forward to all participants in the following accounts! There is still a lot of work, but the work is pleasant, interesting and very important!