We work in two shifts!

We work in two shifts!

There has never been such a thing in the Prioksko-Terrasny Reserve, so that volunteers work in two work shifts. It first happened on Saturday, June 20th.
By the appointed time, volunteers from different cities of the Moscow Region, Moscow, Tula and even Rodrigues Island, near Madagascar, gathered at the Central Manor Reserve.

A visit to the open volunteer days of the Prioksko-Terrasny Reserve has become a good tradition for our guests: it’s very good to see permanent assistants. They already know what to do and actively help to get used to new volunteers. 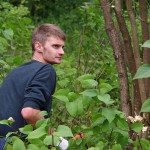 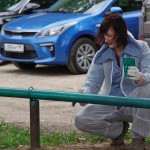 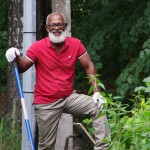 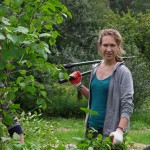 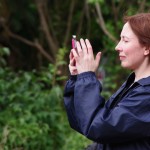 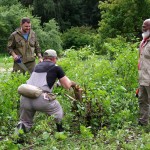 In one day, our volunteers did a lot of work: they cleared the storage rooms, cut off the bushes on the central manor, mowed nettles and, of course, painted fences.

Very close to the place where the volunteers worked, a huge, edible mushroom umbrella grew (very tasty if cooked well). He was even measured — 45 centimeters in diameter, just for a large frying pan! But none of our guests had the idea to pick up this huge mushroom in the reserve! Here are some conscious people who come to us – they know about the strict conservation regime. In addition to the mushroom temptations, there were other difficulties — at times a drizzling rain fell, and the forest ants fiercely defended the warehouse they had illegally lived in. 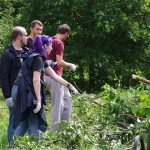 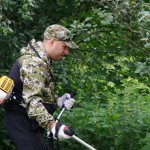 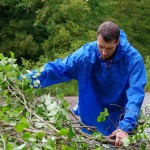 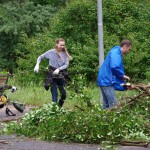 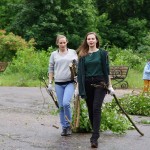 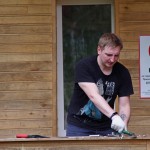 After physical exertion wakes up a big appetite. After completing the work, the volunteers went to drink tea, eat and rest. Carefully laid out tables for women were quickly emptied — sandwiches were quickly eaten, and now nothing prevented our guests from going on a tour.

At this time, we had new assistants — the employees of the company “Custom Information Systems” arrived from Moscow. Instead of a computer keyboard, a completely different instrument was waiting for them.

The petrol trimmer did not have time to cool down, the brush cutters and secateurs started working again! Much has been done, but even more is left for the next volunteer days. 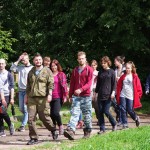 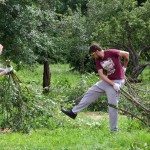 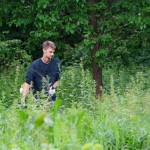 On the way back from a tour of volunteers to a bison nursery, a heavy downpour began. And our friends overcame the remaining one and a half kilometers very quickly. The rain did not subside, and the wet, but satisfied volunteers ran to warm up for a bus. It is a pity that this day there was no third shift of our assistants, but we believe that new records are ahead! 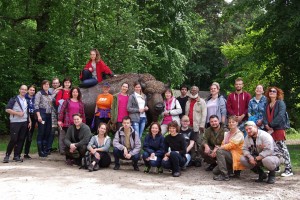 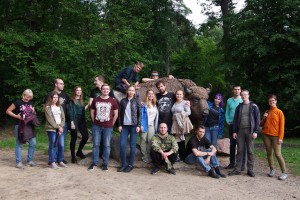 The staff of the Prioksko-Terrasny Reserve expresses great gratitude to all our assistants. You do a great job and help us a lot!