In these difficult days for the world, when most of the news is negative and the movements are extremely limited, let’s take a little distraction and observe the best travelers of the world – birds, rejoice for those who returned to us, successfully reached their homeland.

Birds do not know what borders are, their flight paths of thousands of kilometers run through the territories of many countries and continents! In winter, most birds do not have the opportunity to get their own food, and they have to make long-distance flights to warm places, travel to distant lands and wait for a time to return.

Wherever they hibernate, every spring the birds return to where they were born. To re-raise chicks and teach them how to fly. Now it’s spring and every day the voices are added to the bird’s choir, more and more singers fly up. One of the first starlings to come to us. These “messengers of spring” are able by their singing to tell us who they had to meet and be together when flying and during the winter. Starlings are wonderful imitators, in their songs you can hear the voices of other birds, all sorts of interesting sounds imprinted in their memory. Flocks of starlings returned from southern Europe, North Africa, and even from India. 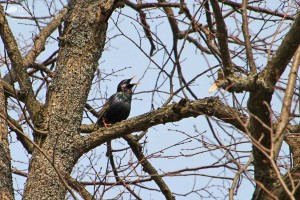 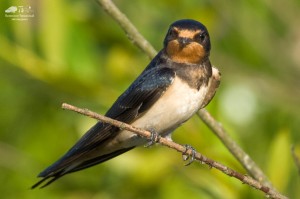 Behind starlings they filled the fields and forests with their sonorous trill of a lark. They spent the winter in southern Europe and North Africa. We live in two of their species – forest and field. Larks, like starlings, are close migrants and therefore they are among the first to return.

Finches spend the winter in the Mediterranean, near the Black Sea and the Caucasus. When spring arrives, they set off quite quickly for such a small bird – the average rate of migration of finches reaches 70 km per day! On the territory of our reserve, the first of them were registered on March 10. Usually they begin to sing a few days after arrival, this time they were silent for a long time or sang snippets of songs until March 28th. 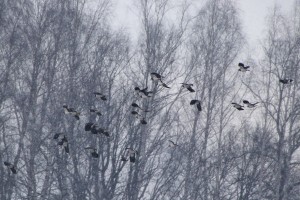 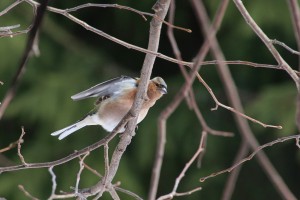 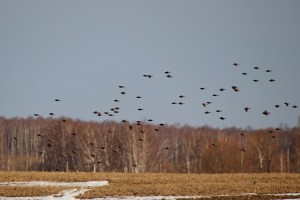 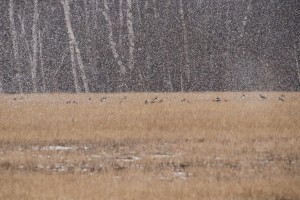 Soon from far Africa, passing the sultry Sahara and the gentle Mediterranean Sea, village swallows will fly to us. These small pointed-winged birds fly great and spend almost their entire lives in the air.

On April 8, a black stork returned to the Prioksko-Terrasny Reserve! European black storks fly from 6 to 9 thousand kilometers to return from their wintering grounds located on the territory of East and South Africa. 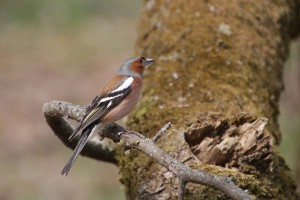 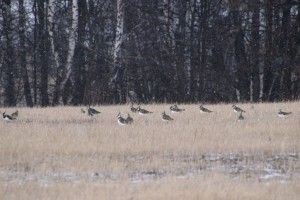 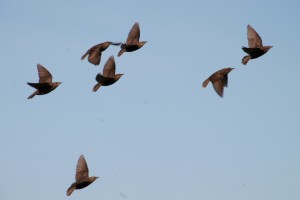 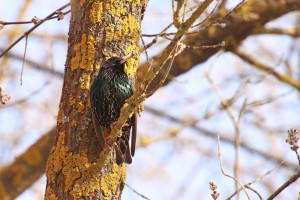 In the reserve, all returning birds are already waiting – if the black stork finds a pair, then the nest, of course, will be made by itself. But for those lesser birds, we hung a lot of houses on the trees. They were made during the Paper Boom campaign last year and sent to us at the Bird’s Apartment contest.

Migratory birds have their own holiday – World Migratory Bird Day (WMBD), which is celebrated around the world on May 10th. The protection of migratory birds is an international task and this date is designed to convince people of the need to preserve migratory birds and their habitats. 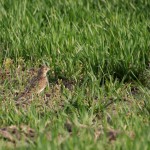 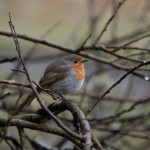 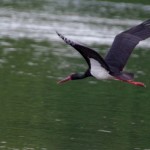 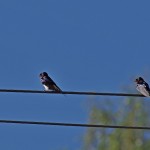 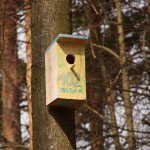 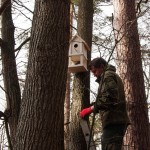