Volunteers on the forest cordon

Volunteers on the forest cordon

Volunteers usually come to our reserve on Saturdays for one day. But there are complex tasks that can not be solved in one day.

It was such a difficult work on May 26-27 that we suggested to our old friends from the Philosophical School “New Acropolis” to do. They have been cooperating with our reserve for a long time, eight years ago they built the «Little House of Leshy» on our Central Manor, where our popular fairytale hero Terras Terrasovich now lives.
This time the volunteers had to dismantle a huge old barn on one of the forest cordons and, in addition, to return to the old channel with a pipe a small fontanel. A group of volunteers in the amount of 22 people went to the eastern boundary of the reserve. Two days the men dismantled the shed-walls, roof and windows. Women at this time have put in order the spring, washed the house in which for a long time no one lived. The work went amicably, the workers did not forget at the same time that delicious food is a pledge of inexhaustible energy and optimism! The working day ended with a dense dinner and songs with a guitar. 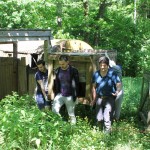 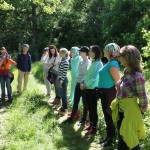 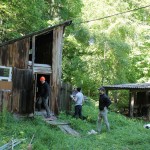 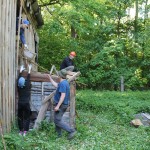 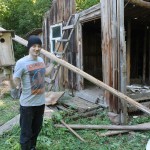 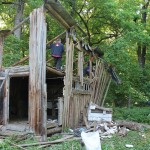 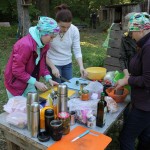 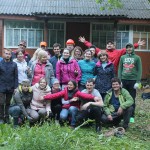 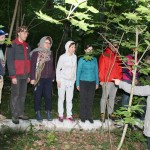 The next day, early in the morning the work began to boil!
Just two days a huge old barn turned into a few neat piles of old boards, and nearby several tens of meters, the pure spring began to choke.
Bringing in order a small piece of the world, called the 41st forest cordon, volunteers, as expected, visited the Central Bison Nursery. Interestingly, in the nursery right before our arrival a small bison was born, the kid was just trying to get to his feet, and admiring volunteers watched this rare miracle.
Two spring days in nature flew by unnoticed. We are very grateful to our irreplaceable helpers! 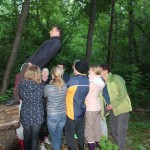 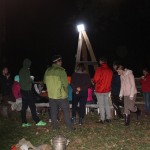 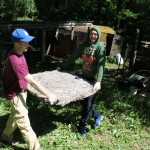 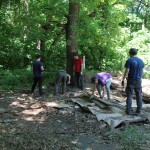 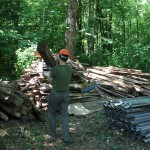 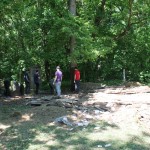