The winner’s cup for the best!

The winner’s cup for the best!

The traditional historical and sports duel “Arneevsky Games” was held on the eve of the Day of Russia, June 11, in the village of Arneevo, Serpukhov district.

The teams from Serpukhov district, Serpukhov, Protvino, Podolsk, Tula and Moscow agreed in the “battle” for the main trophy – “Cup of the Winner”. This season, the number of teams has increased significantly, and the age of participants and the scope of their activities has become much more diverse.
The goal of the game was to pass the route with various tests, and in the conclusion of the match it was necessary to name the encrypted keyword. Prioksko-Terrasny Reserve once again took the most active part, a great deal of organizational work was carried out in the preparation and implementation of the project. 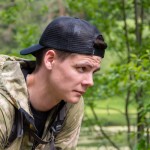 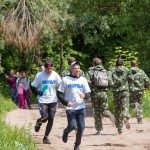 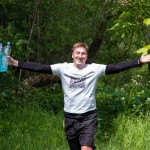 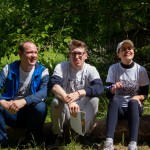 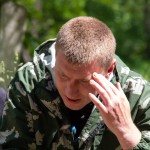 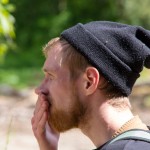 Employees of the reserve competing teams were given interesting tasks, among them – to determine by voice the 10 species of birds that live in the reserve. But the most difficult was finding the crossword “Plant and animal world of the reserve”. Many participants were prepared and easily coped with the tasks.
It is very pleasant to note that not only well-trained participants appeared in the teams, but also experts in our protected nature. One of the participants, Vsevolod Repin, during his studies at the Kurilov Gymnasium was a regular winner of environmental Olympiads and a regular participant in environmental scientific and practical conferences held by the Center for Out-of-School Work of the Serpukhov District in conjunction with the Prioksko-Terrasny Reserve. 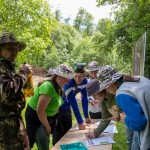 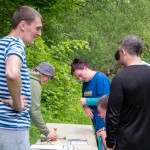 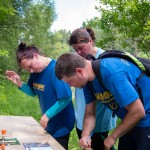 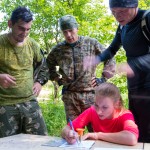 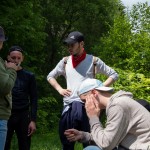 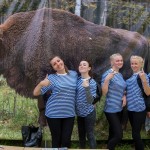 No less pleasant was the meeting with the team “Tula prianiks” – this is the only team that has guessed the voices of all 10 species of birds. According to the general scores, the most media-educated team was the «SMI-shki» (Serpukhov city, Captain Vladimir Kapinos) – they know the voices of birds better than everyone else and are well versed in representatives of the flora and fauna of the Southern Moscow region. They, as winners of the environmental assignment, were awarded with the diploma “The Most Environmentally Educated Team” and a Certificate for a visit to the Central Bison Nursery and Nature Museum. 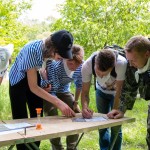 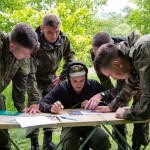 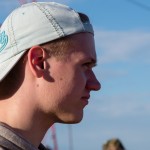 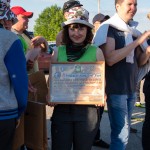 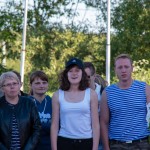 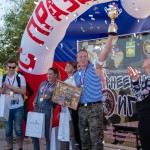