The weather is raging

The weather is raging

The weather in the suburbs is changeable – the sun and 11 degrees of heat, but in a few hours everything can radically change! On the evening of March 12, the wind intensified strongly in the region, it tore off the roofs of houses, felled advertising structures and road signs, and hundreds of trees could not stand the breeze of the weather.

In the Prioksko-Terrasny Reserve, the first powerful gusts of wind began on March 12 at 21-00 and subsided only after a day – March 13, also around 21-00. The direction of the wind was from the southwest and west, and its speed reached 20-25 m / s. 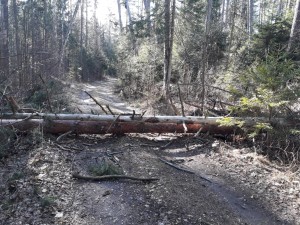 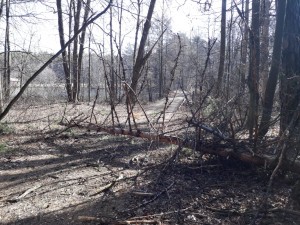 All the services of the reserve were placed on high alert, as the wind can create a lot of problems – breaking power lines, blocking roads, and most importantly: breaking through fences in the Central Bison Nursery and scaring away animals.

Employees of the Central Bison Nursery constantly patrolled the perimeter in order to timely detect damage and avoid the release of animals. Indeed, the story that happened in the summer of 2017, when 12 bison of the youth herd left the nursery after a hurricane and lived in the wild for three whole months, is still fresh in our memory. That story ended happily, and all the bison returned intact, gaining invaluable experience of free life. Later, the experience was very useful for bison when they were taken out to replenish the free-living population in the Bryansk forest reserve, but no one wanted a repetition of this situation. As soon as the wind died down, work began to eliminate the consequences – for 11 hours the rubble was cleaned and the fence was repaired. The damage was quite serious – 14 trees fell along the perimeter of the Central Bison Nursery. 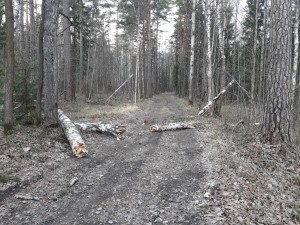 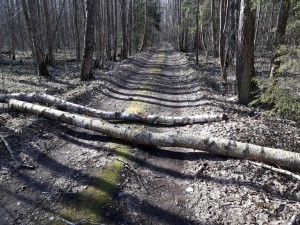 These days became no less difficult for the reserve protection department. 23 trees fell on forestry roads. State inspectors were engaged in clearing these rubble for two days – on March 14 and 15.

Now the difficulties are overcome – the animals are in their vast enclosures. All roads that are extremely important for patrolling and quick passage of fire equipment on the territory of the Prioksko-Terrasny Reserve are free of blockages. People are tired, but it all ended well. 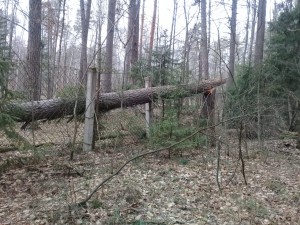 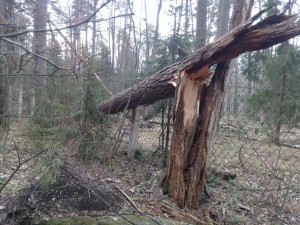