Prioksko-Terrasny Reserve > News > Reserve news > The holiday was a success!

The holiday was a success!

The holiday was a success!

On January 11, employees of the Prioksko-Terrasny Zapovednik took part in an event dedicated to the Day of Zapovedniks and National Parks, which was held in Moscow at the pavilion “Worker and Kolkhoz Woman” at VDNKh.
The date of January 11 was not chosen by chance; on this day the first nature reserve – Barguzinsky – appeared in Russia and a system of specially protected natural territories began to develop.
Bad weather on this day was played out in earnest! In the early morning a heavy snowfall began and everyone who missed the white snow got enough of it.
In a small cozy room on the ground floor of the pavilion, under the monumental figures that anyone who is familiar with the work of the Mosfilm film studio can easily recognize, active people interested in the surrounding world gathered. 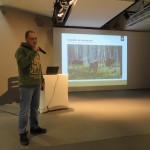 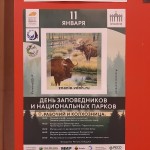 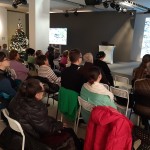 Employees of the Prioksko-Terrasny Zapovednik showed a presentation on the protected territories inhabited by rare and endangered species of animals. The heroes of the presentation were such animals as desman, Siberian Crane, Far Eastern leopard and, of course, bison. 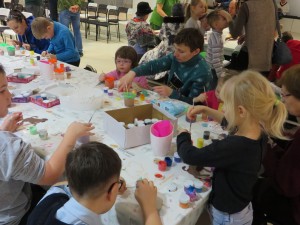 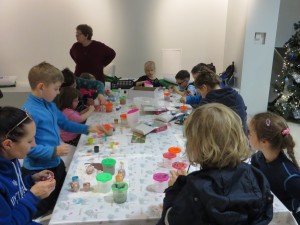 Then the audience watched with pleasure the documentary “4 Seasons of the Prioksky Forest” directed by Mikhail Rodionov, which perfectly illustrates the untouched nature of the only reserve near Moscow. This picture aroused keen interest of the audience. Further, everyone, and especially our guests of a young age, was expected to have thematic master classes.
The news that the cinema is shown here, tells about animals, that fascinating quizzes are held and there are interesting opportunities to craft spreading through unknown ways, and soon enough young naturalists gathered in the pavilion. 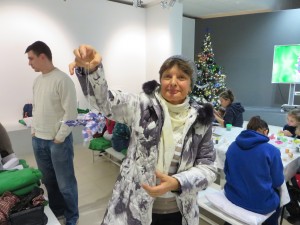 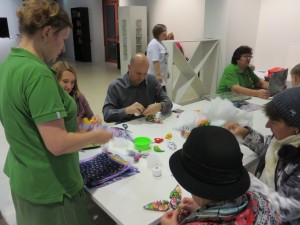 Everyone has the opportunity to prove themselves: to make a colored bird out of felt, to paint a plaster figure or to solve the difficult questions of an environmental quiz.
The day turned out to be busy: representatives of the Losiny Ostrov National Park and the largest marine reserve in Russia, Komandorsky, spoke about themselves. There were many discussions, interesting topics for discussion. Such events are very important, at them people learn about amazing landscapes, rare animals and opportunities to visit these amazing places. And the employees of specially protected natural areas are always happy to tell a lot of interesting and informative about their work, share unique facts. 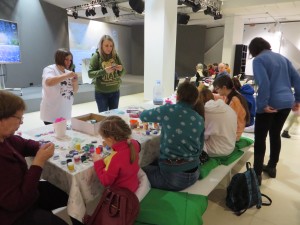 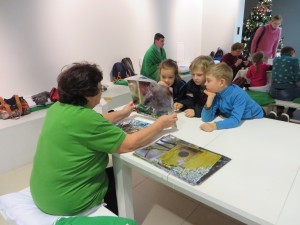