The first summer holiday — the most joyful and fun

The first summer holiday — the most joyful and fun

At the very beginning of summer, the Prioksko-Terrasny Reserve holds a traditional event – International Children’s Day.This day appeared in November 1949, at the Moscow session of the Council of the International Democratic Federation of Women, and decided to celebrate it on the first day of summer. Today, the Prioksko-Terrasny Reserve gladly met his long-time acquaintances, children from the Rehabilitation Children’s Center of Serpukhov and the Raisemenovsky boarding school “Absolute”. 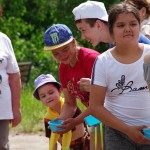 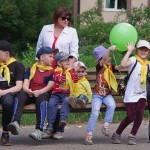 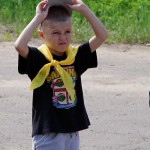 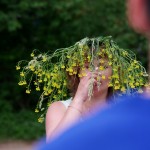 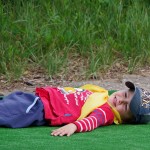 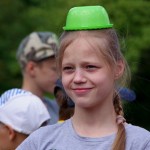 Preparations ended at the very last moment! Creative workshops were located at the Central Manor of the reserve, balloons developed everywhere in the wind, music played, and the children were met by a specialist in environmental education in a summer suit.

The event began with a game-contest “Ecological Umbrella”, where participants had to cut off the cards with animals and correctly sort them out. Someone was faster and more accurate, older and younger, as a result of the general vote won the friendship! 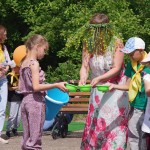 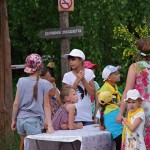 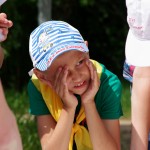 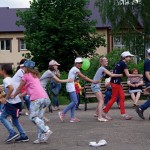 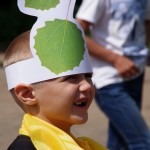 Then, divided into four teams, the children made up the words from the word “reserve”. Some teams showed their ingenuity and fantasy, picking up 18-20 words!

Since it was a hot summer, the next entertainment was a game with water and buckets, in which participants showed dexterity, absolutely not being afraid to get wet. 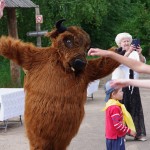 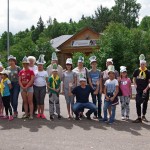 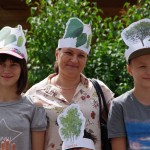 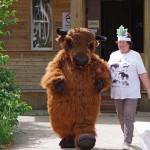 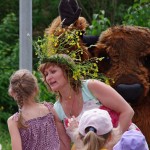 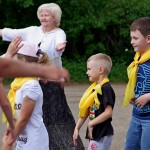 Solving crossword puzzles on an environmental topic interested not only children, but also their leaders with their teachers, they, together with the guys, tried to cope with this task The game “Snake” gathered a lot of participants. Everyone wanted to run around each other and “catch the tail” of the snake. Then there was a lot of fun – collecting puzzles and proverbs, the game “Find a Tree”, where, apart from fantasy, knowledge of botany and biology was needed.

The final stage of the holiday program was a funny flash mob with a bison. An employee of the department of environmental education, wearing a bison costume accompanied by merry music, danced even the most shy, showing simple pas. 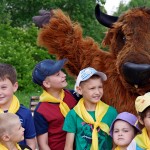 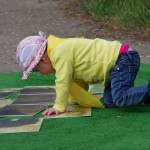 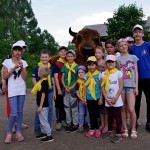 At the end of the holiday, all participants were offered an excursion to the Central Bison Nursery. Also, everyone received gifts from the reserve.

The most important thing is that the children received many positive emotions, took with them pleasant memories and a wonderful mood!