He is an old gray bison Muugli. She is a blind female Mugdalena. Old animals settled in one pen to live out their time, but the bison presented a pleasant surprise. Our bison «retired» had a wonderful baby!

The annual birth of new cubs in the Central Bison nursery seems to be a habitual and natural process. But every time this appearance of a new life amazes imagination. The breeding season for the bison is in autumn: September and October are the most active time in their life! Then comes winter with frosts and snowstorms, then an early spring with a friendly drop and unexpected frosts. It takes about nine months and now, in May-June, the birth of babies begins. 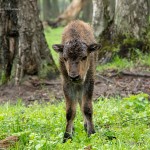 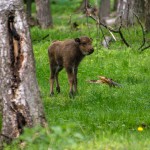 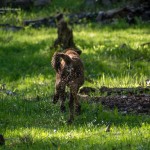 It is never possible to say with certainty which of the females will become a mother this year. Experienced workers notice a change in the behavior of the female only before the very appearance of the offspring. And only when the female separates from the herd, leaves deep into the corral for several days, this means that it will soon come back not one but with replenishment.
This little calf-girl was born in the Central Bison nursery on April 29th. The baby has not yet received the nickname, but she is already famous for the fact that no one believed in her birth. Her parents are elderly bison – Muugli’s father and Mugdalen’s mother. Bison females live longer than males for about 5 years. Zubr Muugli – born in 2002, already a respectable patriarch, was transferred from the herd 2 years ago, where he was an excellent father, to a separate pen – to live on an honorable pension. Mugdalena, too, is not young, she was born in 2001, she was taken from herds when they noticed that she was blind and settled with Muugli, so that they were more cheerful. On this April 29, the daughter-calf was born. 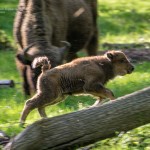 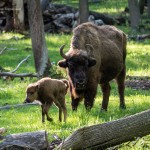 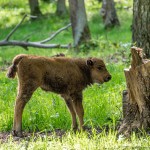 Despite blindness, the mother is sensitive to her baby, regularly feeds milk, cares for her, and if she does not feel her presence for a long time, she begins to call her voice. The baby gets stronger on the eyes – cheerfully walks around the corral, already tries to eat grass by herself, likes to spend time with his father, can lie down next to him and take a nap in the shadow of his mighty figure.
Since 2004, the program “Adopt a Bison” has been in our reserve and this baby has already been taken under the care of the radio station First Moscow Region Radio 1. The adopters gave her the nickname Murashka! Soon the breeding book of the bison will be replenished with the nicknames of calves this year and among them will be our Murashka. 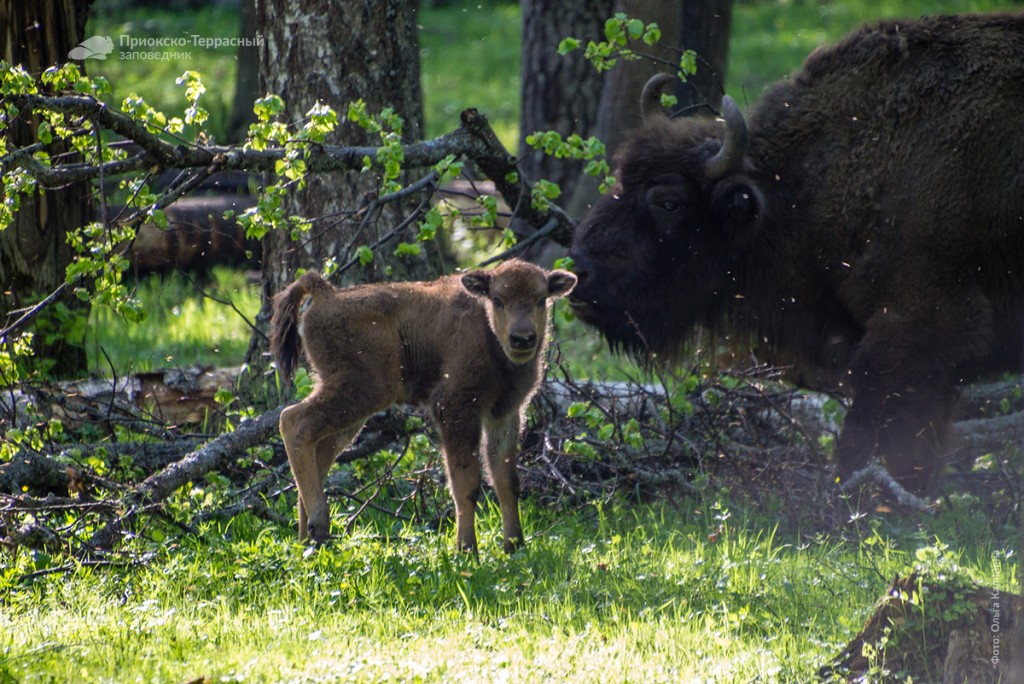