Exactly 71 years ago, on November 21, 1948, the Central Bison Nursery was established on the territory of the Prioksko-Terrasny State Reserve. European bison – a species actually destroyed by man, got a chance to survive.
The place for the nursery was not chosen by chance – the nature of the reserve corresponded well to the needs of the bison, there was good transport links, the status of the reserve provided the necessary legal protection. They began to build the nursery in 1947 with the involvement of captured German soldiers, and by the end of 1948 the corrals were ready to accept the first pets.
Long discussions ended with Poland, and the first bison began to arrive at the Central Bison Nursery on November 21, 1948. It so happened that this day coincided with the birthday of the founder of the nursery, Mikhail Zablotsky, and, as he later loved to say, it was the best present in his life. The first bison to arrive at the nursery near Moscow were the females of Plesse and Pustulechka, as well as the males Pletsuh II and Puslav. 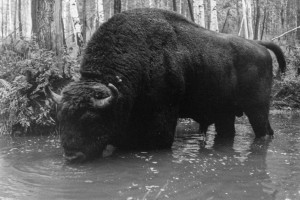 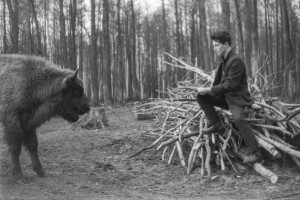 Long and painstaking work began, the Central Bison Nursery became a center for bison breeding in Russia, a venue for scientific research on biology, ecology, bison behavior, methods of their maintenance, feeding and transportation. 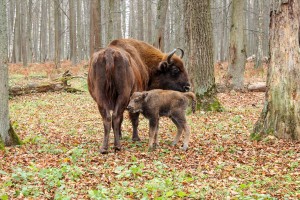 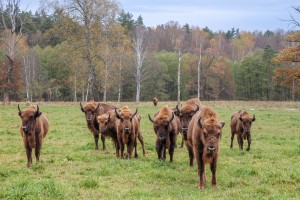 Here, bison are kept in conditions close to natural on a large area of forest surrounded by mesh hedges. Now 20-25 bison are constantly living and breeding in the nursery, and young growth of young animals is resettled in places of free habitat and breeding in captivity. The experience of the nursery is used all over the world in organizing work to save other rare species of animals.
Largely thanks to the Central Bison Nursery, the bison has become one of the rare examples on the Globe of a successful return to nature of a species that survived only in captivity. The bison was saved from complete extinction thanks to many years of coordinated action by specialists from Russia and Europe.
Now the number of the world bison population is approaching 8,000 individuals, and among them there are many of our pets and their descendants. 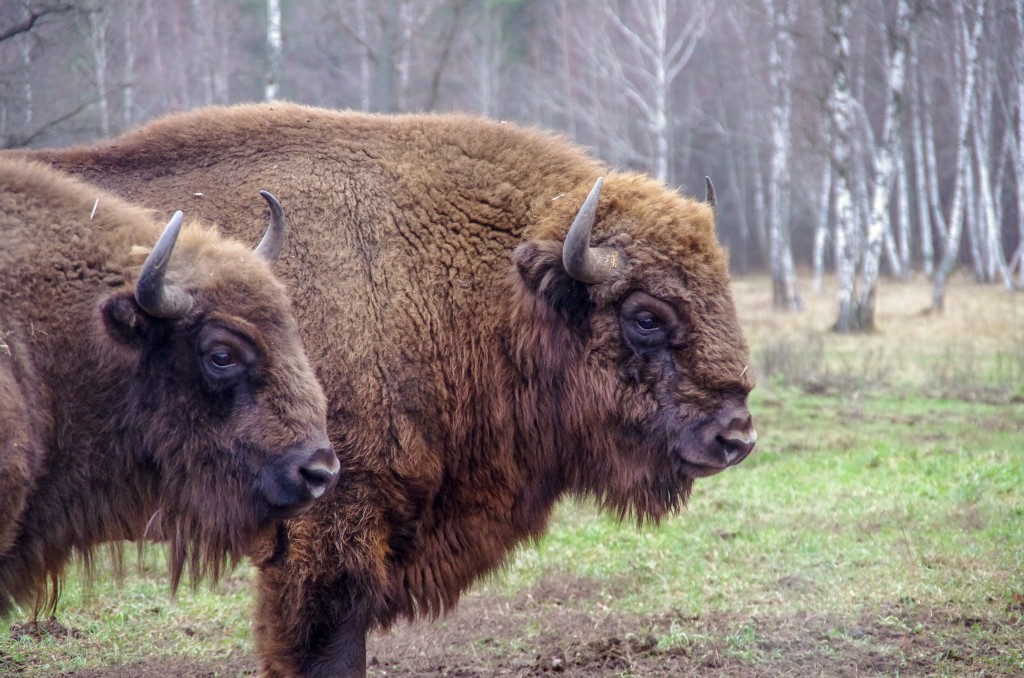