Summed up the Year of the Volunteer

Summed up the Year of the Volunteer

The results of the Year of the volunteer were summed up: 11 best protected areas were named.
The Volunteer Forum, dedicated to the National and International Volunteer Day, was held in Moscow from December 2 to 5, 2018. More than 15 thousand volunteers from Russia and foreign countries participated in the forum.

On December 4, 2018, a session on «Green Volunteering: Current State and Prospects for Development» was held within the framework of the International Volunteer Forum. The session was opened by Sergey Ivanov, Special Representative of the President of the Russian Federation for Environmental Protection, Ecology and Transport.

The main topics of discussion were the problems and prospects of volunteering in the protected areas of Russia, the first results of the “Year of the Volunteer” were considered. The focus of attention is the volunteering of protected areas as a unique opportunity to visit remote areas of the country that are inaccessible to ordinary tourists, help the nature of their native land and make their own contribution to the education of future generations. 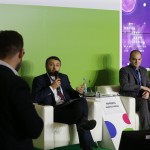 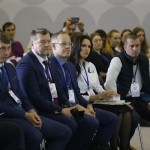 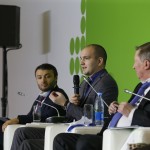 In his speech, S. Ivanov noted: “With the help of volunteers, more than 11,000 illegal garbage dumps were removed last year – this is a very impressive result. Much is being done in specially protected natural areas, they remove traces of past economic activity, they give prizes the original appearance. Of particular note are the cleaning done by volunteers in the Arctic and on Lake Baikal. ”

Andrei Baryshnikov, Director of the Roszapovedtsentr of the Ministry of Natural Resources and Ecology of Russia, summing up the Year of Volunteer among nature reserves and national parks, said that the “leaders” in the maximum number of volunteers attracted and projects implemented were the national parks Kurshskaya Kosa, Pribaykalsky, Kislovodsky, «Buzuluksky Bor», «Kenozersky», «Samara Luka», «Elk Island», nature reserves «Voronezh», «Stolby», «Utrish», «Prioksko-Terrasny».

He also noted that in 2019, it is planned to launch an Internet portal on environmental volunteering, where all projects and activities taking place in protected areas of federal significance during the year will be collected.

Summing up the results of environmental volunteer activities in the Russian protected areas in the Year of the Volunteer will be held on Friday, December 7, 2018, at a meeting held by the Deputy Minister of Natural Resources and Environment of the Russian Federation Sergey Yastrebov.

The meeting will be attended by: Alexey Titovskiy, Director of the Department of State Policy and Regulation in the Sphere of Protected Protected Areas and the Baikal Natural Territory of the Ministry of Natural Resources of Russia; Andrei Baryshnikov, Director of the Information and Analytical Center for the Protection of Nature Protection; Director of the Russian Center for Civil and Patriotic Education of Children and Youth, Ksenia Razuvaeva, Executive Director of the Non-Governmental Environmental Fund Onda named after V.I. Vernadsky Olga Plyamin, director of Russian reserves and national parks.

Representatives of relevant government bodies and public organizations will inform you how effectively voluntary assistance to reserves and national parks is developing, and what kind of impetus this process was given by the ending Volunteer Year.

In addition, the event will host an award ceremony for the winners of the All-Russian contest “The Best Environmental Volunteer Team”, which was held in 2018 on the initiative of the Ministry of Natural Resources and Nature Ecology of Russia, the All-Russian Society for Nature Conservation, and the V.I. Vernadsky and ANO Expocentre Russian Nature Reserves.

The event will take place on December 7, 2018 in the Ministry of Natural Resources and Ecology of Russia at the address: ul. Bolshaya Gruzinskaya, 4/6, the beginning – at 10:00.