Summed up the winter registration of animals

Summed up the winter registration of animals

The winter route count of game animals in the Prioksko-Terrasny Reserve took three days, from February 1 to 3. Our experts carefully studied and analyzed the data obtained to summarize.

In our reserve, winter surveys are carried out according to a slightly different methodology than in other protected areas. For decades in a row, we have been using the method of routes and encircling, according to the instruction on the quantitative accounting of game animals in large areas, developed by I.V. Zharkov and V.P. Teplov in 1958.

This method has been used in the reserve since 1959 and, according to scientists, has proved its high efficiency. Therefore, it is necessary to continue to use it further, and also recommend it to other environmental organizations. The features of the technique are that it makes it possible to combine the classical method of winter route accounting with the encircling method. At the same time, it is possible to compare two accounting methods and get a more accurate and reliable result. 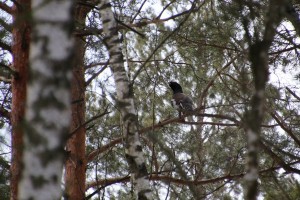 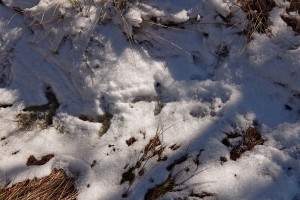 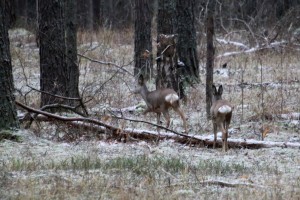 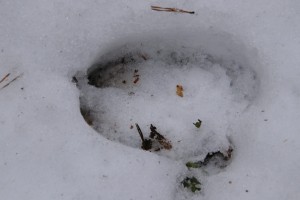 With the encircling method, counters go around all forest quarters along the perimeter and map incoming and outgoing tracks, and not only count intersections, as in the winter route accounting method. This year, due to the low snow cover, it was decided to conduct a two-day encircling.

As a result, accounting took three days: the first day traces were erased, so that on the next day of the main accounting only daily traces were determined. The third day made it possible to clarify the stay of animals that did not go beyond their quarter on the eve and left no traces. By a simple accounting technique, they would not have been detected and would have been unaccounted for. As a result, for all three days, accountants walked three times along the perimeter of 47 quarters of the reserve, having traveled more than 300 km in total.

An unusually high trace activity of all ungulates, especially elk and wild boar, was noted. This is probably due to the shallow snow cover. In addition, this year the Serpukhov-Danki-Turovo road was noticeably influenced by the results. Moose and deer approached her several times, but were afraid or could not cross, which increased the number of intersections and distorted the results. As a result, I had to take this into account and introduce the appropriate adjustments “on the road”. 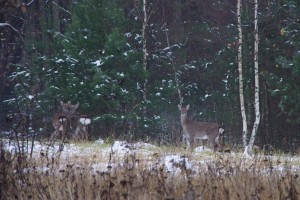 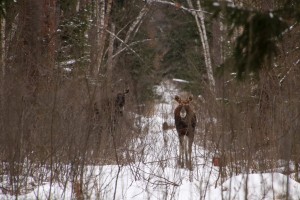 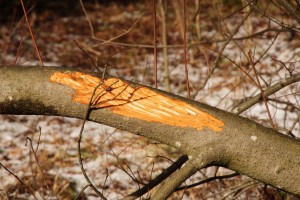 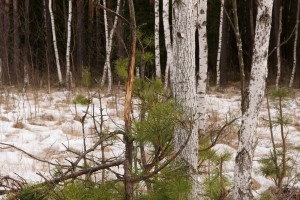 The estimated (average) moose abundance by two methods of conversion to the reserve territory – 44 individuals (41 and 46 using the winter route counting method and encircling, respectively) – the highest since 1977 (when 81 individuals were recorded). But then moose concentrated in the south among pine young growths, and now most of the moose concentrated in the central quarters of the reserve, where forest young growth and bushes now abundantly grow along the spruce forest outfalls. Thus, in the places of the spruce forest that died from the bark beetle, favorable fodder lands were formed for the moose. Almost all census takers met with moose, which were held in groups. On the territory 2 females with two young moose and at least 2 females with one calf were recorded.

The number of sika deer is also the highest since 1970 – 34 individuals (in 1970 there were 37 individuals). The numbers of wild boar, roe deer, and European deer are higher than in 2019, but within the annual average. 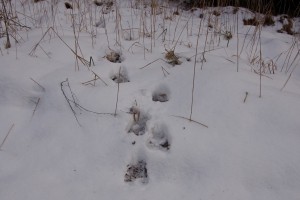 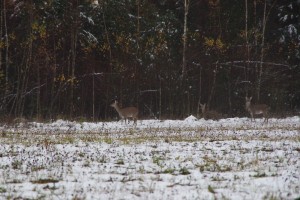 The number of white hare, squirrel, marten, and fox has decreased; the abundance of these species in 2020 is below the long-term average. It is interesting that the same situation is in the Kerzhensky reserve, which recently published its accounting results.

The counters noted traces of the stay of the lynx, ermine, affection and polecat. Capercaillie and hazel grouse are met, but in winter their activity is low and birds are much less likely to be registered than in autumn and it seems that they are fewer than they actually are. 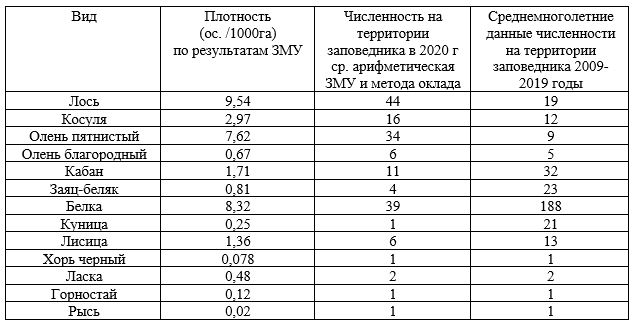