Once, a long time ago, the Russian naturalist and great nature lover Mikhail Prishvin invented the term “spring of light”.
He even wrote a story of the same name: “January in central Russia: the springtime lively cries of the gray ravens, the fights of house sparrows … the black ravens have their first mating games. February: the first drops from the roofs on the bright side, the song of the great tit, the construction of nests at house sparrows, the first drum woodpecker. January, February, the beginning of March is the whole spring of the light. ”

A little less than a century has passed, and every spring in nature, this time comes, described by the writer. Only now others will describe him, unfortunately, not so beautifully and poetically, but precisely with the registration of each phenological event. 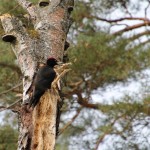 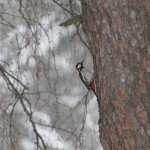 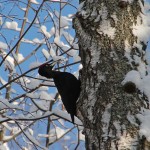 In the Prioksko-Terrasny Reserve constantly monitoring the changes taking place in nature. And the “spring of light”, of course, did not go unnoticed.

January 31 marked the first “drawings” of a capercaillie in the snow – when the male proudly walks in the snow, fluffing up and spreading wings to the sides. This is far from a mating ritual, but a warm-up, the main events will begin at least in a month.

Morning in the reserved forest already begins with the grouse whistling. Several times, our employees whistled in response to the birds, well-sheltered in the branches and quite ready for communication. 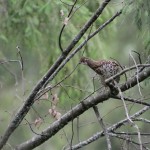 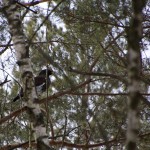 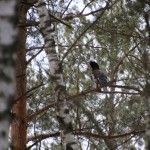 When dusk sets in, scary screams sound in the forest, which can make a superstitious person imagine all kinds of otherworldly horrors. But ornithologists know that Strix screams so, and are not afraid.

In the afternoon, the voice of a black woodpecker is heard – it is a drawn-out scream and “pecking.” The fraction of a large mottled woodpecker rang loudly through the forest. The black ravens also began a period of courtship and couples in the sky make complex figures and pirouettes. And of course, all changes occurring in nature are always visible by the behavior of the great tit – they are already singing their spring song.

The daylight increased, and everyone became happier, although this year the winter is wrong, too warm and light snow. But still, all the inhabitants of the reserve are already looking forward to spring. 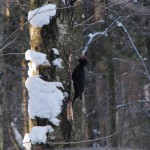 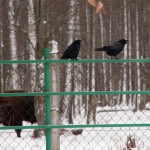 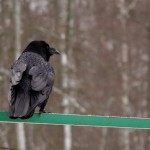