Last weekend was devoted to the training of young personnel for future winter route registrations, which are held for many years in our reserve at the end of winter.
In the reserved forest silence reigns, the weather is cold, knee-deep snow. The animals hide – they save energy, try to walk as little as possible. In the Prioksko-Terrasny reserve nobody bothers them. Here man is not dangerous to animals, and is only an attentive observer.
On Saturday, it was barely light, wide skis creaked along snow-covered glades. But these were not inspectors on patrol, but young schoolchildren from Moscow. Our old friends are from the Club of Young Biologists of the Moscow Zoo. 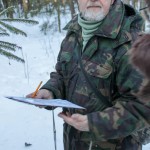 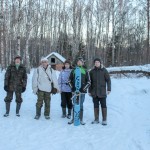 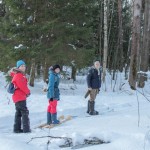 The research club of young biologists of the Moscow Zoo has a very rich long history. It was created in 1924 to train young zoologists and conduct scientific observations of animals. Over the 90-year history, 9 academicians, 40 professors, about 100 doctors of science, more than 200 PHD and many famous cultural figures have graduated from the ranks of young nature lovers. After a decade, we will see if our young friends Sinyavsky Roman, Kambalov Yevgeny, Kulaevskaya Anastasia, Kotova Kira and Ovsyanko Yevgeny will not appear on this list.
Annual route registrations give an idea of the change in the number of animals in our territory – which species of animals and in what number we live. Under the guidance of experienced instructors – Albov Sergey, Dubrovsky Vladimir, Alexander Tarasov, young naturalists mastered the complex science of tracker. 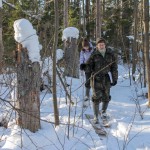 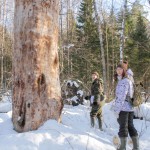 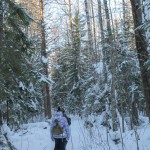 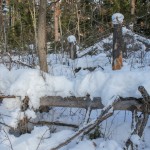 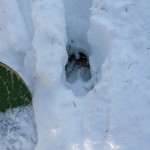 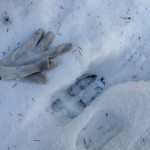 It is easy to consider yourself an experienced tracker, studying picture books, but in practice everything is much more complicated! A separate footprint in deep snow rarely gives information about its owner, but if you walk along it a little, you can understand by its characteristic features to whom it belongs.
For example, an elk on high stilt legs walks easily along a windbreak, stepping over fallen trees, even not touching snow caps on them, and a boar with short legs breaks through drifts with its whole body. There are plenty of signs that allow identifying an animal by its tracks. 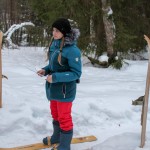 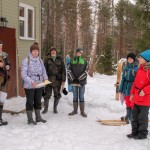 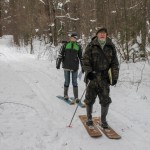 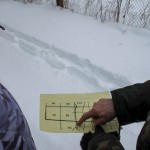 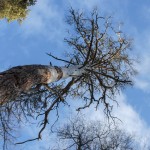 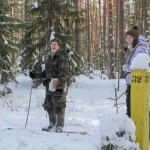 Saturday was dedicated to teaching schoolchildren the study of footprints. There were three groups on the routes. Instructors showed animal tracks and told about their features, then they were washed, so that the next day they should not be confused with new tracks. In the morning, on Sunday, began a small exam. Young naturalists went through the routes on their own, recording all the traces they encountered, and the teachers were the last and also checked the registration.

The winter day is short, just finished the lesson – it is already getting dark. In the evening, having gathered in the cozy kitchen of the 19th cordon, we checked the data, made out mistakes, argued and of course, drank a lot of tea with honey and jam.
We hope we will meet again soon on winter route registrations.