Results of “The world of wilderness” contest

Results of “The world of wilderness” contest

The results of the inter-regional art competition “The world of wilderness” were released. The competition was organized by the Centre of Wildlife Conservation in the framework of the annual international campaign “March of parks”.

The creative competition hosted over 140 school and kindergarten students from the Moscow region, Kursk and Lipetsk, and also remote places of Russia such as Tulun, Surgut, Kerch, Irkutsk and Tyumen regions and the Republic of Crimea. According to the competition terms, all the works were evaluated by the competent jury of the Prioksko-Terrasny Reserve. The winners are:

The winners will receive prizes and diplomas from the reserve, while their drawings will be sent to the Center of Wildlife Conservation, which will host the final round of the competition in October 2016. We wish all the participants every success!

«March of Parks» is an international action organized to gain support for specially protected areas of Russia and its neighbours. The aim of the action is to draw the attention of authorities, media, business and the rest of the world to the problems of specially protected areas, providing them with a real help, awakening the citizens’ feeling of pride for their natural and cultural heritage. 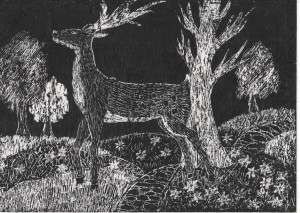 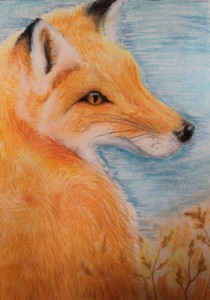