Results of the meeting of the Coordination Council

Results of the meeting of the Coordination Council 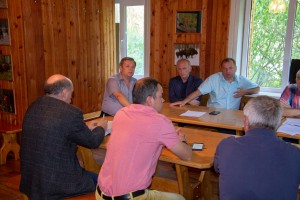 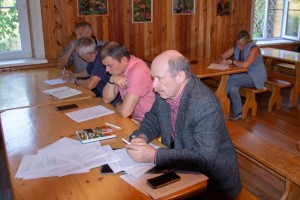 The general director of JSC “Turovsky”, Alexander Shakovets spoke about the reasons that prompted him to enter the Coordination Council and get involved in the implementation of the program. “I live here all my life and I want to preserve our nature. The MAB program fully meets my interests and the interests of the enterprise that I head. ”
The agricultural lands belonging to JSC “Turovsky” are also located in the protected zone of the reserve, but they are not plowed, as it was last year on the lands of a neighboring landowner. The entrepreneur at his own expense conducts work to preserve the meadow regime and prevent disturbance of the soil cover by vacationers.
Also at the meeting of the Coordinating Council the issue of the legality and expediency of the construction of the Serpukhov-Stupino highway (through the village of Turovo) was thoroughly discussed. The threats and benefits to natural complexes and the population were also discussed. 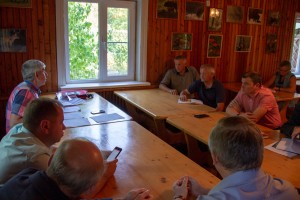 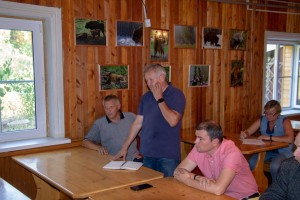 Alexander Shakovets said: “Unknown people, while on private lands, started construction work using machinery, tried to pave our way through our field … We recorded all this, photographed, wrote a statement. It should be noted that the possible construction of the road just passes through the lands of JSC “Turovsky” and Prioksko-Terrasnoy Reserve. Here, our interests coincide completely. ”
This attempt was prevented, but the danger of opening the road and a significant increase in traffic is maintained. Even now, with a minimal traffic under the wheels of motor vehicles, many animals die – from frogs and hedgehogs, to deer and wild boar. If a through passage to Stupino and the Don route opens, then the traffic will increase many times and the damage will be irreparable.
As the director of the Prioksko-Terrasny reserve, the candidate of biological sciences Evgeny Grigoryev said: “The reserve is categorically against it. The already existing traffic intensity negatively affects the ecosystem, and the increase in the flow of transport will be catastrophic. If this happens, the reserve can be closed. The reserve is included in the UNESCO program as a particularly valuable piece of land, in connection with which Russia has certain obligations to the world community to protect a unique natural site. Therefore, people who decide to open a through passage should consider what damage they will do to nature, and not about what economic or political benefits can be obtained here. Undoubtedly, we will write letters to the Ministry of Natural Resources and Ecology of Russia with a statement of the situation». 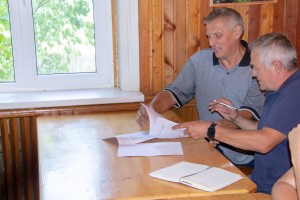 Mikhail Brynskikh, Chairman of the Coordinating Council, Candidate of Geographical Sciences, said: “My opinion on this issue is negative. The appearance of a through passage will entail an increase in several dozen times the traffic flow through the reserve. And this is pollution of the cleanest territory of the Moscow region with exhaust fumes. It will negatively affect the plant and animal life, a huge number of animals will die under the wheels. We will prove the inexpediency of organizing a through passage through the reserve, because it will lead to both ecological and social tensions in the region, will cause discontent of tens or even hundreds of thousands of people.”
The outcome of the meeting was the adoption in general of the decision (declaration) of the Coordination Council of the Prioksko-Terrasny Biosphere Reserve of the UNESCO MAB program on the construction of the road, which will be published in the near future, after its completion.