Results of the fire hazard period of 2019

Results of the fire hazard period of 2019

In Russia, the summer of 2019 was remembered by giant fires that swept millions of hectares of forest and caused enormous damage. The fire hazard period is over, it takes a period from April to early November and it is time to take stock.

It was precisely the results of the fire hazard period of 2019 and the tasks for 2020 that the meeting in the Forestry Committee of the Moscow Region was devoted to, in which Sergey Yudin, head of the Prioksko-Terrasny State Nature Protection Department, took part.

The Moscow region suffered immeasurably less than Siberia, and this is largely due to the good, well-coordinated work of various structures that guard nature in the most urbanized region of our country.

Let us give a few figures – over the past period, 314 fires were recorded in the forests near Moscow on a total area of 1132 hectares, and this is more than one and a half thousand football fields! True, the bulk of these fires was small. The most serious and difficult this year was the big fire in the Lukhovitsky district, which at the end of June 2019 came to the Moscow region from neighboring Ryazan. Peat bogs inaccessible for heavy equipment burned and in order to extinguish this fire in some areas it was necessary to introduce an emergency mode. 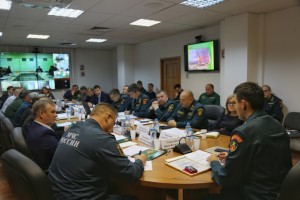 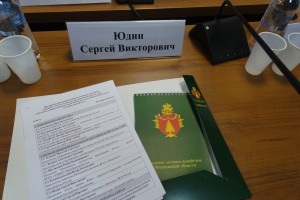 In total, this year the damage from forest fires in the Moscow region is estimated at 44 million rubles, which is 16% throughout the Central Federal District for 2019, this can not be called a big figure, since more than eight million people live here, which is several times more than almost every district in the county.

There were no fires in the Prioksko-Terrasny Reserve during this period, which was largely facilitated by preventive measures. Throughout the year, installation and repair work on fences, information boards and full houses has not stopped, clearing has been cleared, mineral strips have been updated, and explanatory work is being carried out with the population.

In winter, the risk of natural fires is minimal and this gives time to prepare for the next 2020. It is hoped that at last it will be possible to update the fleet of fire fighting vehicles and equipment. Also not in the last place is the training of employees. The inspectors of the security department annually attend management courses for extinguishing forest fires, which take place on the territory of the Bolshaya Kokshaga reserve.

When spring arrives and people are irresistibly drawn to nature, the heavy everyday life of the fire brigade of the Prioksko-Terrasny Nature Reserve will begin. Let the upcoming fire hazard period pass without unforeseen situations, and new skills will remain unclaimed!