“Parent” meeting in the bison nursery

“Parent” meeting in the bison nursery

On a sunny, but warm Saturday, November 16th, an important event took place in the Prioksko-Terrasny Reserve – “Adoption Day”. Taking custody of the bison and allocating funds for its maintenance, of course, I want to see how this money is spent. And of course, how the ward lives: does he look good, is he not starving.

Therefore, every year, in late autumn, at the end of November, the day of the meeting of the administration of the reserve, “adoptive parents” and bison is held – “Adoption Day”.

Everyone was looking forward to this day, except for the bison, who simply did not know about the important event, but even they noticed that people were excited and were clearly preparing for something.

The “Adoption Day” was held in the fresh air, the guests were met by Deputy Director for Bison Breeding Irina Zemlyanko and specialists from the Department of Environmental Education and Cognitive Tourism. There were 14 representatives from companies and private sponsors. Each brought treats to his ward: carrots, apples, turnips, pumpkin and beets. With such gifts, it is not a shame to appear before the grown calves and their parents. You can’t feed, of course! But the nursery staff vowed that all the presents will be handed out strictly at the hour of feeding. 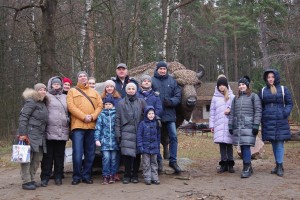 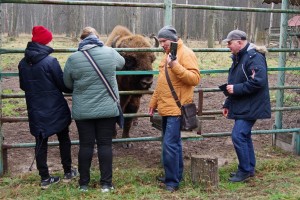 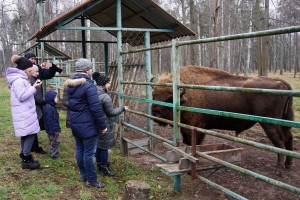 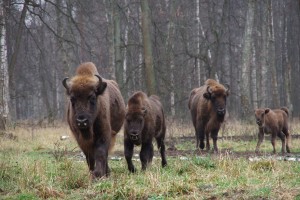 But the weather failed – it was drizzling, he was not able to interfere with the meeting and the guests, although they were cold, visited even the farthest corners of the nursery. They knew that after a walk in the gazebo they would be waiting for: hot tea, warm cakes and soft rugs.

During the tea party, Irina Zemlyanko thanked all those present for their noble cause, noted that these funds allow you to purchase additional feed and help the effective functioning of the entire Central Bison Nursery as a whole. On a rainy November day, many warm words and wishes were said. 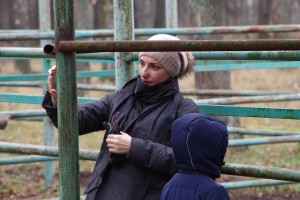 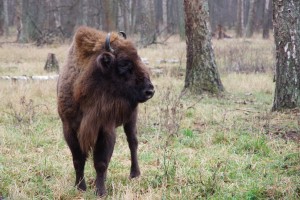 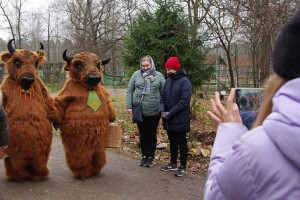 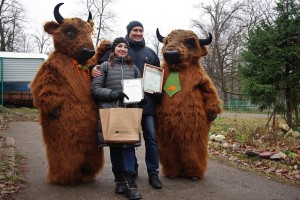 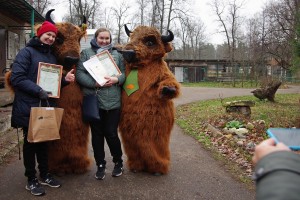 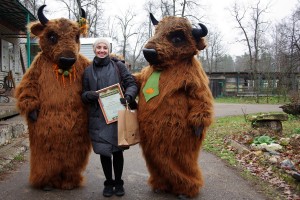 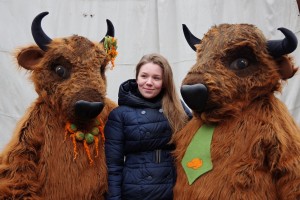 The most important thing was entrusted to the “bison” – two life-size puppets appeared before the guests at the most exciting moment of the award. “Bison” came not just, but to give gifts and thanks to the “foster parents”. But they could not immediately begin their duties – at first they were photographed for a long time, stroked and even tried to take them somewhere.

The adoptive parents met with their sponsored bison, who were also glad to meet – they were promised to give a lot of refreshments, and the staff of the Prioksko-Terrasny Reserve was glad to receive important guests, assistants in the important business of restoring the bison population.

During the period of the Adopt Bison program (since 2004), about 150 animals were taken under guardianship.

We greatly appreciate our adoptive parents and are always happy to meet. 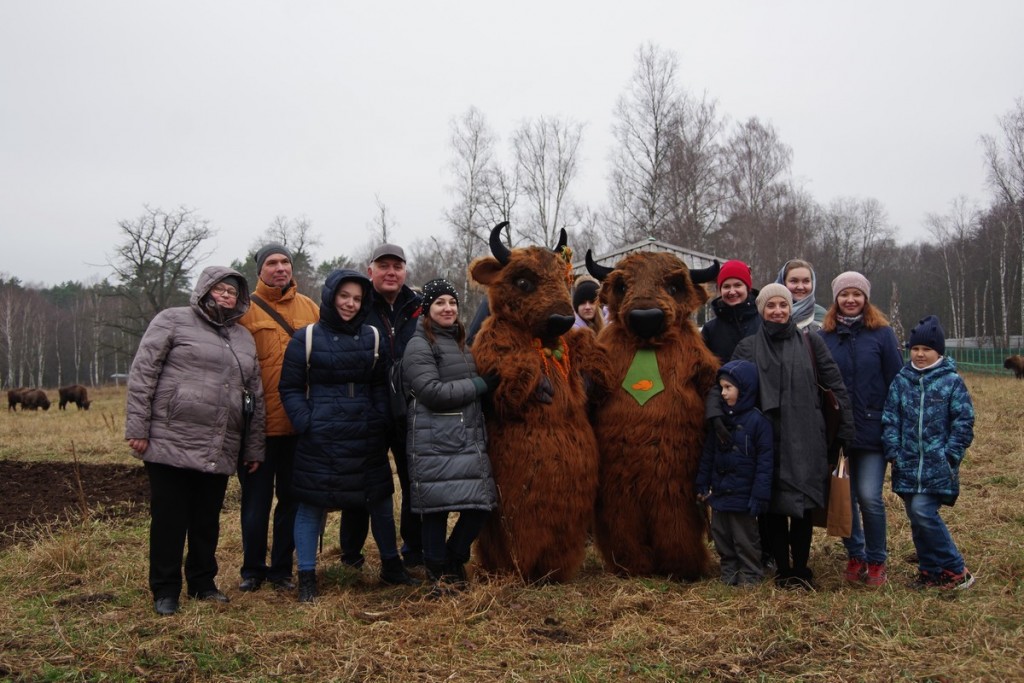