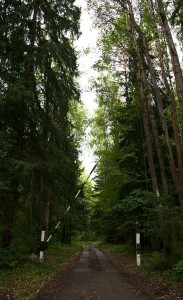 Conservation of natural habitats and objects of the Prioksko-Terrasny Biosphere Reserve (BR) is carried out by the State Inspection, the employees are a part of the reserve’s staff. Besides, for the reserve conservation there can be involved public inspections, which are formed by territorial structures of the Federal Service for Supervision of Natural Resource Usage.

Penalties for the violation of the rules of strictly protected areas are mentioned in the Criminal Code of the Russian Federation, Chapter 26 “Environmental Crime”, and in the Code of the Russian Federation on administrative violations, Chapter 8 “Administrative Violations in the Sphere of Natural Environment Protection and Natural Resource Usage.”

The state inspector has the right to:

In the reserve, it is forbidden to carry out any activities that contradict to the objectives of the reserve and the rules of the strictly protected area, including: