At the very end of winter, two important events took place in the Vologda Oblast in the Russian North, in which Irina Zemlyanko, deputy director for the maintenance and breeding of bison of the Prioksko-Terrasny Reserve, took part.

Firstly, on February 26-28, the IV Emelyanovsk Readings was held on the territory of the North-West Research Institute of Dairy and Pasture, where many specialized specialists from various fields of animal husbandry gathered. Reports were read on various problems of keeping, breeding and feeding ungulates. A specialist of our reserve read out a report: “Directions of scientific research in the bison nursery of the Prioksko-Terrasny Reserve.”

On February 27, an off-site scientific seminar-discussion “Preservation and improvement of the gene pool of the bison group in the Vologda Oblast” was held. And the representative of the oldest in Russia Central Bison Nursery also managed to take part in it. 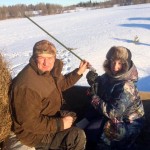 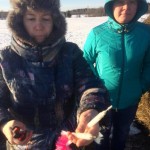 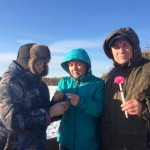 The meeting dedicated to the bison, its gene pool, keeping and breeding took place in the open air and brought together many specialized specialists from specially protected natural areas related to bison breeding and keeping.

The venue of the meeting was chosen near the feeding platform, where animals are always kept in the cold season. About 25 samples of feces were immediately taken for the study of helminth fauna, and biological material was taken from 18 animals for studying DNA for purebred blood at the All-Russian Research Institute of Animal Husbandry. 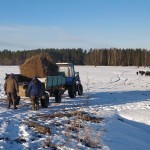 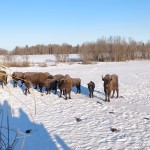 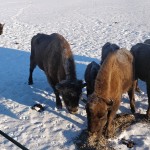 The first bison arrived in the Vologda forests in December 1991 and now the population numbers 95 individuals, 15 of them are small bison. This is the northernmost group of bison, and experts closely monitor their fate and the changes that life imposes on them in harsh northern conditions.

Irina Zemlyanko: “Now the time has come when the scientific approach helps to study many aspects of keeping wild animals in the nursery. The most important studies are being conducted in the study of helminth fauna, microbiology, and the gastrointestinal tract of the bison. We study microorganisms in the gastrointestinal tract and the possibility of gentle treatment based on bacteriophages, which can become an alternative to antibiotics. Studies are being held with the Institute of Biochemistry and Physiology of Microorganisms of the Russian Academy of Sciences (Pushchino). Now let’s move on to genetics, I am very glad that we finally examined bison in the nurseries of the Oksky and Prioksko-Terrasny Reserves and compiled genetic passports of not only adult breeding herds, but also their offspring. And we are very proud that the studied genetic biodiversity of the Central Bison Nursery is higher compared to other groups.”

I.V. Gusarov, Head of the Animal Feed and Nutrition Department of the North-West Research Institute of Dairy and Pasture Management: “Over the past 30 years, the bison have not only adapted in the Vologda Region, but they are also absolutely healthy, they feel great and regularly bring offspring. Not having constant sources of water, managing only with snow! ” 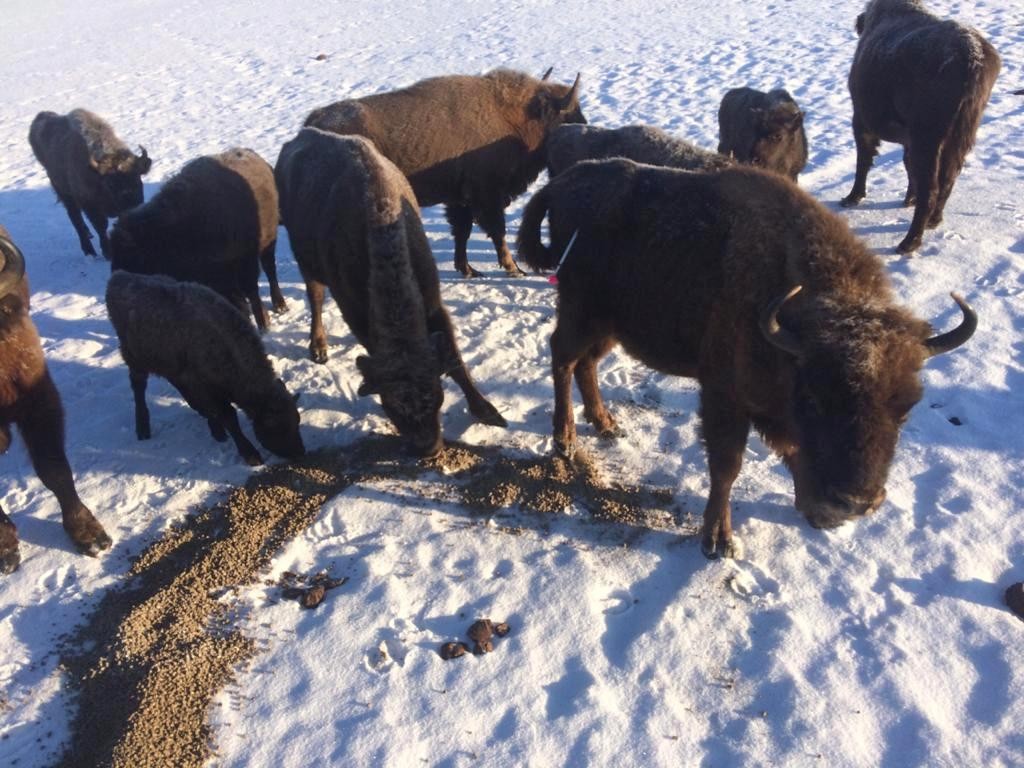