No pollution of nature with balloons!

No pollution of nature with balloons!

The Prioksko-Terrasny state biosphere reserve joins the initiative of our colleagues in limiting and banning the launch of balloons at any mass events. As this leads to environmental pollution and animal death.
The head of the Ministry of Natural Resources and Ecology of Russia, Dmitry Kobylkin, supported the call of reserve workers to limit the launch of balls at public events.
The management of the Far Eastern special protected areas: Kronotsky (Kamchatka Krai) and Magadan (Magadan Oblast) reserves, the National Park “Land of the Leopard” (Primorsky Territory), FGBU “Zapovednoye Priamurye” (Khabarovsk Krai), initiated the restriction of holding shares using balloons.

The head of the Ministry of Natural Resources and Ecology of Russia, D. Kobylkin, shared the concerns of his colleagues, noting: “With the growth of environmental consciousness, it’s time to reconsider some seemingly innocuous habits. It is important that people understand what damage our actions can do. It would seem that this is a small problem, but it eventually creates a global problem. Therefore, colleagues, environmentalists who know the trends, I understand and support. ”

The mass launch of balloons has become an integral part of any holiday or event timed to memorable dates and environmental actions in Russia. According to experts, this tradition contributes to the deterioration of the ecological situation in the world. Most often, waste from the balls harm sea animals that live, in particular, in protected areas.

The director of the Kronotsky Reserve, Peter Shpilenok, said: “The history of the reserve’s existence has repeatedly documented the traumatization and death of seals, seabirds in the water area and even terrestrial mammals living on the coast in networks, plastic waste, scraps of balloons and decorative tapes that bring current .

The tragedy for the employees of the reserve and users of social networks was the death of the fox Zlodei Zlodeich. For the life of his large family on the coast of the Kronotsky estuary, thousands of people throughout the world watched for several months. The beast was entangled in a scrap of fishing gear thrown ashore by the surf, it could not be saved. That is why today we call for the organizers of mass events across Russia to refuse to launch balls into the sky-an action that has become traditional lately, but remains ill-considered and disastrous for nature. ”

Director of the state natural reserve “Magadansky” Yuri Berezhnoy noted: “Symbolic, beautiful and innocent, at first glance, the action – the launching of bright balloons into the sky, is not so harmless. Balls pollute the most remote and untouched corners of our planet, creating an imminent danger to the living. Balls, turning into garbage, for years continue to release chemicals into the environment. Birds, terrestrial and marine animals are torturingly perishing, tangled in ropes tied to balls. The broken balls themselves become a deadly food for fish, birds and mammals. I call on the organizers of events not to use balloons, because to unite people there are many safe alternatives – planting trees, holding subbotniks in the forest and on the banks of rivers and seas, which will significantly improve the environmental situation in general. ” 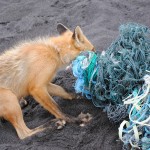 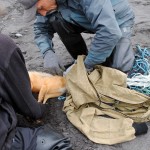 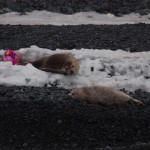 Director of FGBU “Zapovednoe Priamurye” Vladimir Andronov said: “In recent years, the situation with the launch of balloons into the sky only worsened. On holidays that occur on the streets of cities, thousands, hundreds of thousands of balloons are released into the sky every year for any reason. Helium balloons can fly to a distance of more than 80 km from the place where they were released. And very often they fall in the form of garbage in our protected areas, where all living things suffer from it. I am sure that this question should not remain without attention and support. In the interests of a healthy future, it is sometimes necessary to take unpopular decisions. ”

“When people launch helium balls into the sky, they do not think that this can cause harm or even death to a living being. Minute actions can turn into an ecological disaster. In the air, the helium ball does not exist for more than an hour. Further, under the influence of either high temperatures, or strong wind, or other external factors, the ball is blown away and falls.

In water or on land, he can attract animals, birds and fish as a food object. Ecologists around the world are increasingly reporting cases of animal death from eaten by them latex, polyethylene or other solid waste. Also, helium balls significantly pollute the ecosystem, because latex decays about 4 years, “said Evgeniya Bisikalova, deputy director for science of the National Park” Land of the Leopard “.  On the territory of the National Park “Land of the Leopard”, where the rare wild cats of the planet are protected, cases of contamination of the protected area with balloons were noted.