Snow, frost. In the Central bison nursery in the morning work is in full swing – trucks are coming around, the nursery staff are preparing for the transportation of bison.
Hard work is waiting for the nursery workers – the selected animals are locked in a separate pen, transport cages are prepared, each of a certain size specifically for each animal. 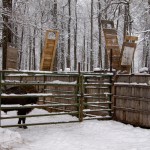 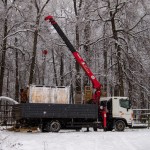 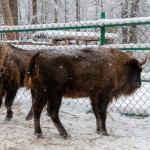 Now it is necessary to lure bison into these cages, place it more conveniently and reassure. Animals are excited – steam cuts through the cracks in their cages. But it takes a little time, and the bison begin to chew hay and stop being nervous. Then there is a load on the trucks, and as soon as the last documents are drawn up, the cars can leave. 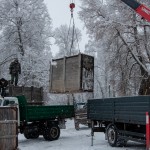 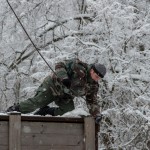 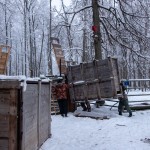 The path is not close – six young bison born in 2016 are sent to the Bryansk Forest State Natural Biosphere Reserve. Our pets will replenish the free population living there, but of course not immediately – first they will have a strict quarantine month under the supervision of veterinarians. 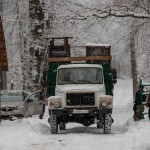 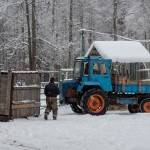 The Prioksko-Terrasny Nature Reserve fulfills a state task – every year more than ten grown-up animals are taken out from the nursery to various specially protected natural territories. Established in 1948, the Central bison nursery for over 70 years continues its work on bison breeding. At first, the formation of the pedigree herd of the Central Bison Nursery was going on, then from the young stock grown here, “affiliated” nurseries began to be created and replenished the herds of bison in the wild within the former habitat. For more than 55-year period, 320 bison from the Central bison nursery – 169 males and 151 females, were sent to 32 bison farms in the country. 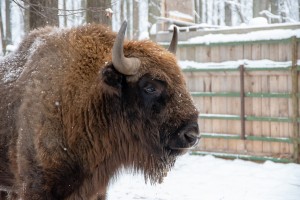 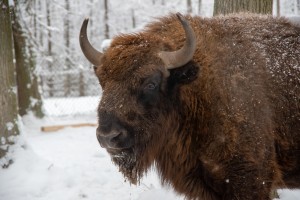 This year the first group of six young animals has been sent, seven more bison are waiting for their turn. We will follow their future life in a new place.