Mystery of the Glade Rodnikovaya

Mystery of the Glade Rodnikovaya

We continue a series of publications dedicated to the 75th anniversary of the Prioksko-Terrasny Zapovednik, an essay by Nikolai Kostenchuk published in the Kommunist newspaper in the early 80s.

… It was a long time ago, when no one had the idea in dreams that Moscow could be reached from Serpukhov faster than in three or four days – even such a speed was considered almost fantastic in the XIV-XV centuries.

Just like today, in the summer, after the sultry July days, the Oka chalked at low water, exposing the golden-silver sandy beaches, and in some places stony riffles, which are unique in their beauty. When water ceased to be a reliable barrier, unexpected raids of thieving subjects of the Crimean Khan began. The villages burned and went bankrupt several times, people began to hiccup safe places where the Tatar cavalry would not pass.

In the depths of the dense forests appeared small villages for two or three families. There were more families then than now – ten to twelve people each, and often several adopted children, who often did hard work, which we even know from folk tales. Near the spring, a small clearing was cleared from the forest – for grain (rye, barley), and if it was possible to save cattle, then for haying. At first they lived in dugouts with a pine-moss roof, less often – in small houses, drowned in black, and even then not all at once – they had to live with caution, as long as someone didn’t smell it … They collected herbs, berries, roots, mushrooms, put up boards for wild bees, traps (pits and loops) on the beast … We had to do the dishes ourselves, for which we were looking for clay along the steep banks of forest streams. They made pots, twisted them in a pottery wheel (they didn’t always have one), burned them in a furnace built from fragments of limestone and boulders. And so they lived. Sometimes, walking along animal trails, they visited their neighbors. They exchanged the necessary goods, shared the “news” of a month or more ago. 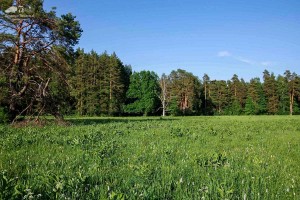 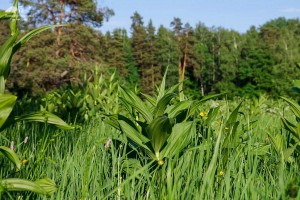 Such a life was presented to us by our compatriots and ancestors in the harsh times of the “Russian Middle Ages”. Here, on the steep coast of the small river Ponikovka, at the confluence of a noisy forest stream, they lived.

According to entries in the Nature Chronicle of the Prioksko-Terrasny Biosphere Reserve, almost half a century ago, in 1948, this stream, originating from a spring 80 meters from here, fell into the river with a 6 m high waterfall. Over the past years, this river, looping heavily among overgrown with centuries-old trees of the coast, managed to wash the steep coast. A stream flowed in a limestone and clay deep channel, throwing into Ponikovka a mountain of stones. In these stones exactly twenty years ago, the biologist Alexey Pchelkin and me, the forester of the reserve, were quite fortunate enough to discover … ancient fragments of pottery! It turned out that the stream, having washed a large amount of soil, uncovered an ancient cultural layer, in which, along with wood ash and coals from a forest fire, there were clay shards – evidence of a long-lived man here. And here in front of us are narrow elegant necks and massive handles of vessels for water, fragments of wide and thick-walled containers of grain, pots for cooking Russian porridge. The oldest dishes – hand sculpting, without traces of processing on a pottery wheel, were made in the very first years of the village, sometime in the XIII century! And in the XVIII century, a forest fire destroyed this settlement. This is evidenced by ash and charcoal at a depth of 20 cm from the modern soil surface. 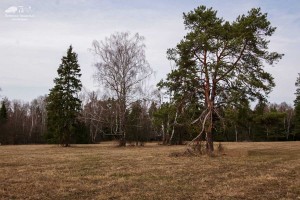 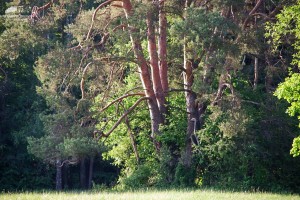 Having discussed the unexpected find with the expert on archeology of the Moscow Region, Rostislav Rosenfeld, we remembered the location of other glades of the reserve that did not overgrow the forest. He agreed with my assumption: probably, all the glades here that have springs known from ancient times served as a refuge for the local population from raids by foreign nomadic detachments and, who knows, maybe also from tax collectors? The dense forests and narrow animal paths are impassable for cavalry, a steppe nomad far into the forest and cannot be dragged by force: he knows that death awaits him there either from a heavy club or from a swamp bog … 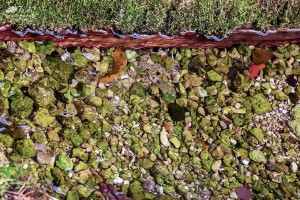 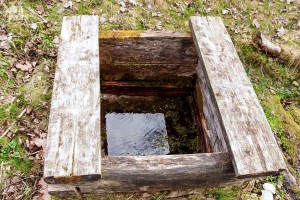 In one of the deaf corners of the reserve remote from the Oka River, there is a large meadow with the name Rodnikovaya. Where the edge of the meadow glides down to the floodplain of the forest river Ponikovka, a powerful spring murmurs in an old aspen log house. On a hot summer day, in a small, hidden from prying eyes basin is always cool. There is a hole in the log house on the side, from where a wide transparent stream pours smoothly and densely. It turns into a sonorous stream, quickly lost in the depths of the forest. Forest grasses have woven over the stream and hide it. The creek quickly runs along the brilliant pebbles and colorful sand. 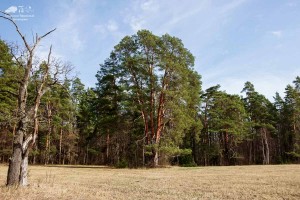 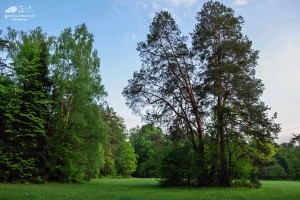 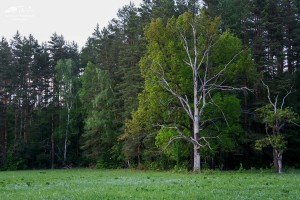 At the “well” stands a decrepit, rickety bench. Quenching your thirst, it’s so good to relax here after a long trip, that neither mosquitoes nor the inconvenience of sitting are already embarrassed. After two or three sips of delicious water, the legs do not want to go anywhere and involuntarily sit down, listening to the calm breath of forest life. He becomes calm and confident in his soul. 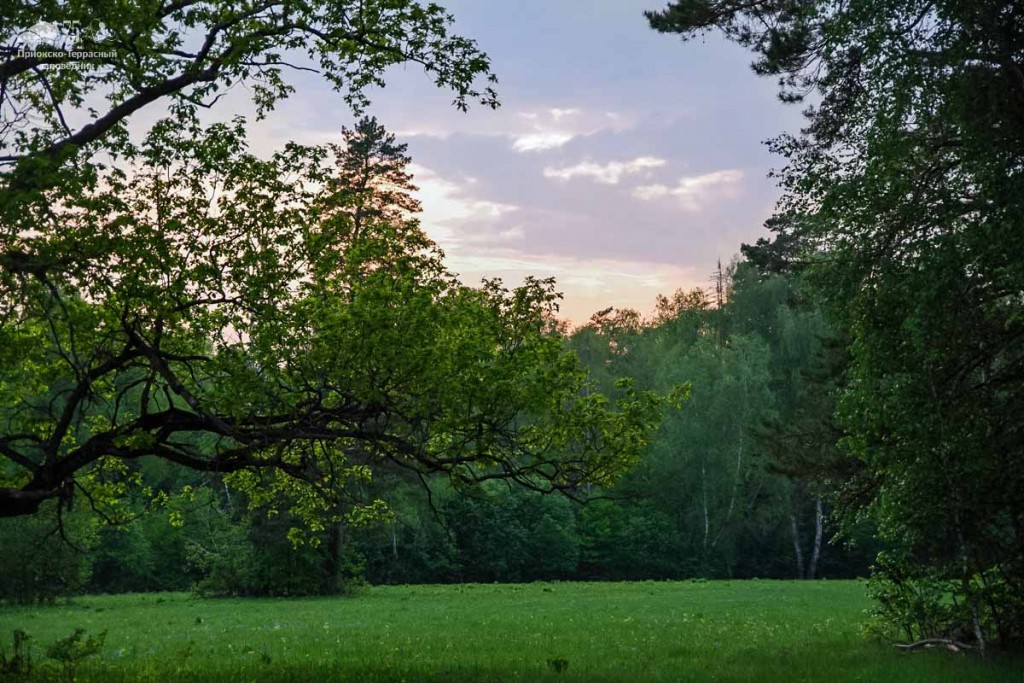