Six wisents from the Prioksko-Terrasny Breeding Centre went to a new location.

According to the program of free-living European bison population restitution, approved by the Russian Ministry of Nature, six bison from the Prioksko-Terrasny Breeding Centre have been successfully exported to the “Kaluzhsky Zaseki” reserve.

On June 5, 2015, two-year-old bullheads named Mugraf, Muspray and Mudior departed to the Kaluga region to increase the genetic diversity of local population. On June 10, their peers named Muklav, Muler and Mulayn joined them.

Newcomers were released into a special enclosure with a forage platform, built in the northern section of the reserve for temporary overexposure. Wisents tolerated the road and unloading remarkably well. However, they will stay under constant supervision of the reserve staff, to have enough time to adopt to a new territory. After that, the bulls will be released into the wild.

First bison appeared in the “Kaluzhskiye Zaseki” in 2001. Nowadays more than 100 specimens live inside the reserve. Kaluga-Orel population of the European bison is the only major group of this kind on the plain part of Russia. It ranks third in the world in size, has the highest level of genetic diversity and, consequently, greatest importance for the preservation of the species as a whole. 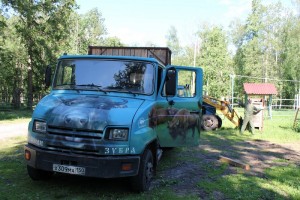 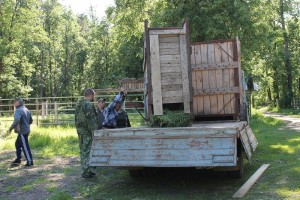 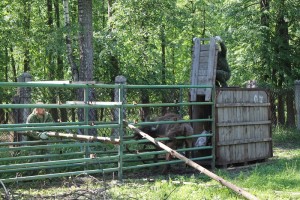 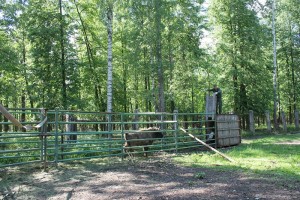