The Wildlife Conservation Center summed up the main results of the March of the Parks – 2018. During this event, reserves, national parks, schools, centers of creativity held more than 680 local marches, in which more than 120,400 people took part.
More than 350 organizations acted as active partners; More than 670 ecological actions took place, during which 7 thousand people provided volunteer assistance to the protected areas.

Corporate volunteer days, the number of participants 346 people.
With the help of volunteers in the reserve, the territory of the central manor and ecological paths “Through the Foliage” and “Tree House” were cleaned; the sides of the public road passing through the reserve were cleaned. At the bison nursery, pens were being cleaned from fallen trees, hedge painting and much more.

Such actions are of great importance, and at the same time provide an opportunity for participants to get closer to nature and the people who preserve it. 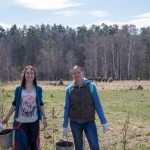 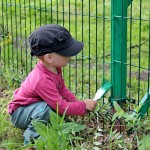 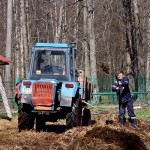