Makar and Mаsha moved to a new home

Makar and Mаsha moved to a new home

Two one-year-old bison left the Prioksko-Terrasny Reserve for a new place of residence.

On a sunny spring day on April 21 in the Central Bison Nursery of the Prioksko-Terrasny Zapovednik, there were two less pets. But don’t think anything bad! They are all right, it’s just time for the two young bison to move to a new place of residence. Having taken places in comfortable transport cages, in the early morning, young travelers hit the road. Ahead were adventures and vast pastures of the new homeland. 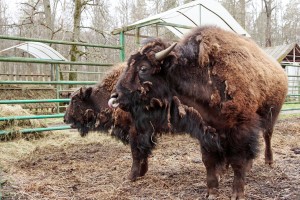 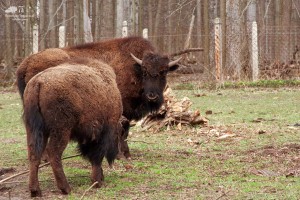 The names of these teenagers are Makar and Masha, they were born in the spring of 2019, with a difference of a month – he is April 24, and she is May 24.
The nursery contains only one small family of bison – one male and two females. To avoid overpopulation in the only pen of the bison, young calves, having matured, go to zoos and various zoological complexes of the country.

All our bison have nicknames on the syllable “Ma”, this is a long tradition. The bison Maurelius, Mastra and Marie remaining in the Central Bison Nursery will soon forget their grown and now self-living calves. After some time, they should have babies again and the time will come, full of care for the offspring. 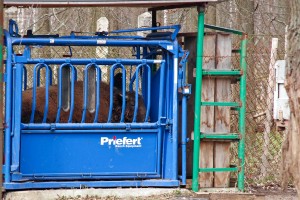 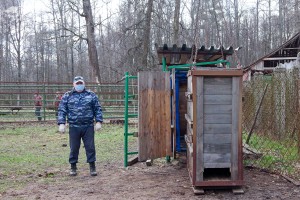 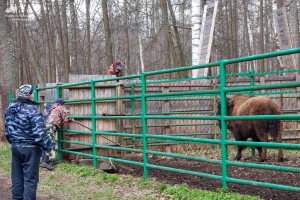 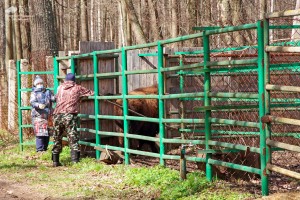 And Makar and Masha left very close, no more than 80 kilometers from the reserve. The new address was the Ozersky district of the Moscow region. The calves acquired a large complex, which plans to create its own small zoo. The bison were not crowded in our nursery, but in a new place a much larger territory awaits them – about 100 hectares of forest. Even a quarantine paddock, in which the bison will spend a month, takes 10 hectares! The company is engaged in agriculture, including animal husbandry, so it will not be difficult for them to provide good and proper care to the bison. 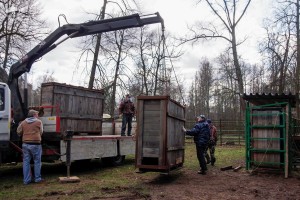 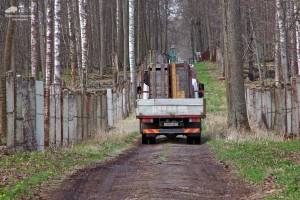 Although the calves were put into good hands, it’s sad to say goodbye anyway – both babies grew before our eyes: they changed their orange baby hair to brown, small horns grew on their heads, and their legs became strong and fast.