Prioksko-Terrasny Reserve took part in the Global Scientific Project on the Study of Transfer of Mushroom Spores and received equipment for sampling.

In the Prioksko-Terrasniy Zapovednik, new scientific equipment has been installed for the selection and subsequent study of fungi spores spread by the wind around the world.
This device – the autosampler “Cyclone” was made in the UK by order of the University of Helsinki (Finland). Prioksko-Terrasny Reserve has been cooperating with the University of Helsinki for several years in conducting joint scientific research. Now our reserve is included in the global scientific project on the study of the transport of fungi spores by air (Global Spore Sampling Project) and received new equipment from Finland. 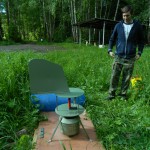 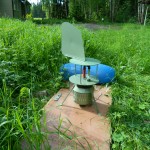 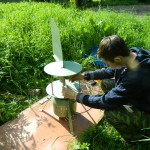 During the year, employees of the reserve, using this equipment, will conduct sampling of fungi spores distributed in the air in the reserve. The project involves many scientific laboratories and scientific centers around the world and on all continents, with the exception of Antarctica (see the map of selection points and learn more about the project can be found on the website of the University of Helsinki by reference).
Mushrooms are surprisingly diverse – but we know very little about their true diversity and life. Even less we know about the ways and speed of distribution of species of fungi on the planet. The time has come to accept this challenge. According to the DNA analysis conducted in Finland, the species belonging to the mushroom spore will be determined. According to the results of this global international experiment, scientists will get knowledge about the spread of wind mushrooms around the world and the patterns of the formation of fungal communities in different parts of the world and in different seasons. Scientists believe that spores spread by the wind even in winter and, which seems surprising, even in the Arctic region. This experiment will shed light on these riddles of nature.
Reserves Wrangel Island and Pechoro-Ilychsky also take part in this international experiment from Russia. 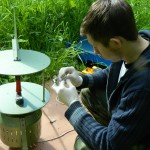 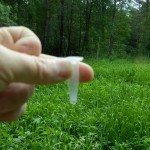 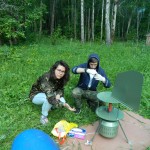