International Biological Program — the predecessor of the MAB program

International Biological Program — the predecessor of the MAB program

We continue the series of publications devoted to the history of the program «Man and the Biosphere».

The Man and the Biosphere Program (MAB), created by UNESCO in November 1971, is often referred to as «innovative» — the first in the world to set the goal — to unite the efforts of the world community in nature conservation. However, if you dig into the history of the MAB program a little deeper, we will see that this remarkable project had an equally great predecessor program.

10 years before the creation of MAB in 1964, UNESCO established the International Biological Program (IBP). The leading role in its creation and leadership was played by the famous biochemist Sir Rudolf Peters, the Italian geneticist Giuseppe Montalenti and the remarkable English geneticist, evolutionist and philosopher Conrad Hal Waddington.

The IBP project was absolutely unprecedented in scale. For the first time, scientists from around the world have joined forces in several thousand research projects aimed primarily at studying the resources of the biosphere – the natural foundation that humanity has. In order to build a strategy for its conservation, to determine the boundaries of the load on the biosphere for human activity in the conditions of the growing population of the Earth, it is necessary to determine the degree of disturbance of the living shell of the planet. And for this, first of all, the most complete and accurate data on the productivity of living communities, their viability, interconnections and resistance to human influence are needed.

Ultimately, it was on the results of the work of thousands of scientists around the world within the framework of the International Biological Program that the MAB program was subsequently born, urging the world community to create a worldwide network of reserves, and many scientists working in the framework of the IBP became the creators of the MAB program. 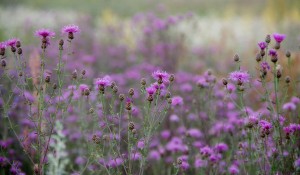 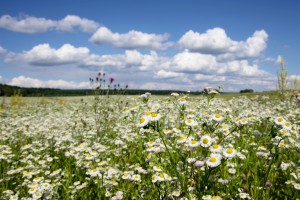 The international biological program was originally designed for 8 years with the division of work into two phases: preparatory (1964-1967) and operational (1967-1972). In the future, the program was extended for another two years (until 1974); this was the third phase, which was called «Synthesis and Continuity» (i.e., data processing and transfer to other programs). The main task was to collect comparable data collected by agreed methods in different landscape-climatic zones of the globe, the synthesis and synthesis of these data.

By combining biologists of different directions, IBP contributed to a deeper understanding of the general processes of biomass creation and energy flow through the ecosystem, which can be considered as a qualitative leap in studying the productivity of the biosphere. The involvement of other scientists in complex research — mathematicians, meteorologists, biophysicists, biogeographers, etc. — led to the creation of the first mathematical models of ecosystem functioning.

The USSR actively participated in the work on the International Biological Program. Among the scientists who developed the tasks assigned to the IBP program at the world level were the most prominent Soviet biologists: Academicians V.N. Sukachev, A. L. Kursanov, V. A. Engelhardt. In 1965, the Soviet National IBP Committee was established. About 300 institutions of the USSR Academy of Sciences, universities, and branch institutes took part in the program.

The Soviet national program has covered a wide range of studies in all areas envisaged by the IBP. The biological productivity of land, freshwater bodies of water and seas was studied, and at all trophic levels. Complex studies covered all landscape zones of the USSR, from tundra to deserts and subtropics. Fundamental studies were conducted in the physiology of animals and plants, adaptations of organisms to various conditions, and genetic studies. Developed theoretical foundations for the protection of terrestrial ecosystems.
As a result, over 10 years of work within the framework of the International Biological Program, colossal factual material was collected. The number of populations of some economically important mammals and birds in a number of landscape zones of the USSR, the optimum density and structure of these populations, the tendencies of their number fluctuations under the influence of climate change and human activity were established. In these studies, an enormous role was played by the reserves that already existed in the USSR at that time, which purposefully collected these data in the Chronicles of Nature for a number of years. 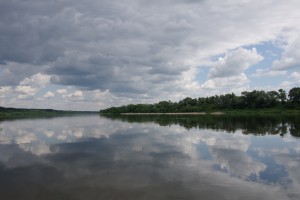 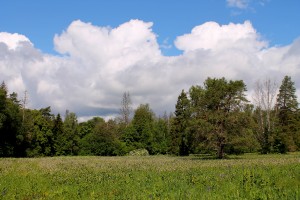 Huge major studies were devoted to soil biology. A special place was taken by studies in which the previously unknown global patterns of distribution of vegetable organic matter and annual land and ocean production, many new laws of ecosystem functioning for science relating to photosynthesis, respiration, water regime, extinction and destruction of organic matter were first identified. All this made it possible to approach the quantitative characterization of biogeophysical processes in the biosphere.
It can be said with confidence that this global «inventory» of data on the living shell of the planet, inspired by the idea of nature conservation, has become the basis of many areas of modern biology, work on which is still ongoing and will continue further.

The International Biological Program has focused the attention of scientists, as well as a number of intergovernmental and non-governmental organizations, on adverse changes in the natural environment, especially on its anthropogenic pollution. In the framework of IBP, the idea of creating a global biological service arose, without which it is impossible to determine the trends of such changes. This was the first experience of international cooperation in the field of biology, which showed the possibility of studying global problems on an international basis that are difficult to solve at national borders.

The next stage was the birth of the program «Man and the Biosphere» (MAB). But this is the continuation of our story!
Follow the publications on our site!