The Prioksko-Terrazny State Biosphere Reserve took part in the International Scientific Conference “Information Technologies in the Study of Biodiversity”, which was held in Irkutsk on September 11-14, 2018 at the Institute of System Dynamics and Theories of management (Siberian Branch of the Russian Academy of Sciences).

The report from the reserve was presented by the deputy director for scientific work Yury Buivolov. The Prioksko-Terrasny Reserve became the first participant of the Global Biodiversity Information System (GBIF) among Russian nature reserves and national parks. The data are published through the Institute of Mathematical Problems of Biology of the Russian Academy of Sciences in Pushchino.

Yuri Buyvolov in his report noted: “To date, the reserve has published about 27 000 records of finds of various species of animals and plants in the reserve and its buffer zone. These records are available in six data sets. Over the past year and a half, this information has been used in 7 publications in various international scientific journals. Among them is the well-known and highly rated magazine Nature. Accordingly, we obtained 7 international references to our data sets. We believe that this is a good indicator of the relevance of the results of our work.” 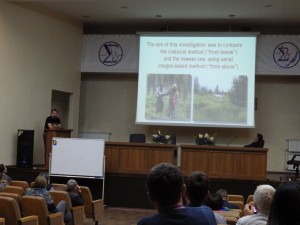 In addition to our reserve, scientists from the reserves of Taimyr and the Reserve Podlemorie took part in the conference. Also at the conference were reports on scientific research conducted in the reserves: Bashkir, Voronezh, Daursky, Lapland, Malaya Sosva, Orenburg, Polistovsky and Ugra National Park. 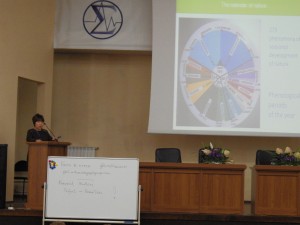 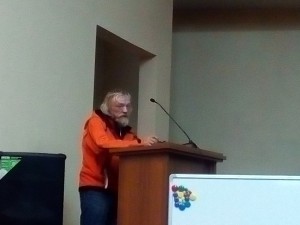 The conference showed that the integration of modern information technologies and classical methods of biodiversity research allows reaching a new level of knowledge acquisition. New requirements for research are being put forward, requiring coordination of the work of all researchers, unification of data and methods. The reports made by colleagues make it possible to assert that the level of scientific research in reserves and national parks corresponds to high requirements.

The participants of the conference noted the high scientific value of the Nature Chronicle data and biological collections stored in the reserves and stressed the importance of taking measures to preserve this data and the need for their publication.