Home is where you were born

Home is where you were born

Together with the spring warmth to their homeland, to our lands and farther to the north, migratory birds reached out to bring the chicks to familiar forests, swamps and fields.

The snow on the fields was preserved only in the hollows, even in the forest there appeared thaw patches.
She threw off the ice of the Oka River, a little disappointing us with weak ice drift and a slight overflow. Although it is possible that the ice from the upper reaches of the river is still ahead and will delight us with a beautiful spectacle. Almost immediately gulls, mallards and gogol ducks appeared in the open water. The first goose flocks passed high up in the sky. 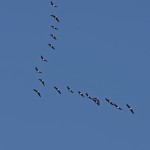 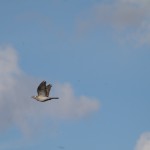 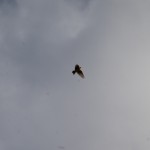 In the floodplain of the river Oka, field larks are already singing. They sing high in the sky, so that it is even difficult to see them with the naked eye, you can only hear a ringing song coming from above. Starlings contribute to the bird polyphony — they whistle, creak, meow and mimic other birds. Lapwings returned from the south and our most common forest birds, finches, flew in. 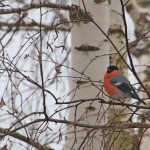 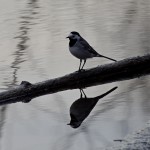 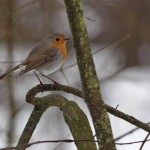 From time to time they stop to rest on the way, flocks of bullfinches and waxwings, slowly moving to the north. Singing thrushes are about to appear. It is even possible that they are already here, although none of us have heard their voiced song yet. 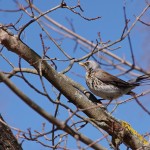 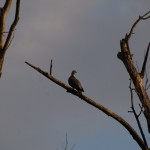 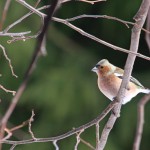 In the forest, wood pigeon was dragged out and a blackbird sang. Most likely, the Eurasian woodcock – forest hermit is already somewhere nearby. Soon in the twilight there will be a characteristic «horking» of males, who are looking for silent females on the edges and clearings.

A few days ago, the first white wagtails and robins were marked. In the evenings, the voices of brown owls, which are usually silent, were heard. Spring comes into its own and the birds feel it.
In the sun, the first butterflies warmed — the brimstone and small tortoiseshell, believing the heat, hurried to get out of their winter shelters. 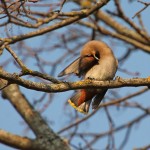 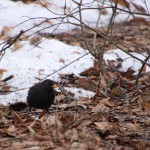 Employees of the Prioksko-Terrasny Reserve daily keep records of migratory species and note the peculiarities of their behavior. Then this information will fall into the annual Chronicle of Nature, which allows scientists to note patterns and draw conclusions based on many years of observations.
The spring season continues, many species of birds have already arrived, and we are waiting for the second wave of migration. 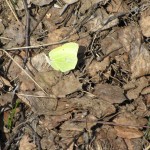 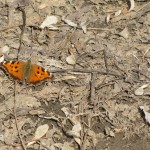 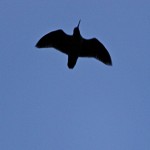