Great summer festival of volunteers in the park “Sokolniki”

Great summer festival of volunteers in the park “Sokolniki”

On June 2, employees of the Prioksko-Terrasny Reserve took part in the “Great Summer Volunteer Festival” and made a presentation at the open lecture hall of the Ministry of Natural Resources and Ecology of Russia.

From May 31 to June 2 in Moscow in the park “Sokolniki” was the Great Summer Festival of Volunteers. Such a large-scale event could only be located on a very large territory!
The purpose of the festival is to talk about volunteering, to show the possibilities of volunteers and real affairs, made on the enthusiasm of not indifferent people. It is very important that people see – how much can be done on their own!
The weather was favorable – it was warm and sunny. Already in the morning thousands of volunteers from all over Russia appeared in the Sokolniki Park, dozens of thematic sites began to work. They were held speeches, presentations, master classes and much more! World celebrities were invited. Naturally, this event was told on that day by all the central mass media.
Prioksko-Terrasny reserve could not stay away from such an important event! After all, we have a volunteer program for many years now. Every year, we have about two dozen volunteer actions, in which more than 500 volunteers take part. Specialists of the department of environmental education and cognitive tourism presented a presentation about the history of the volunteer movement in the world and, of course, about volunteer actions in our reserve.

2018 is declared in Russia a year of volunteer and the movement of gratuitous assistance is gaining grandiose proportions! Prioksko-Terrasny reserve was visited by 203 volunteers only for four volunteer days this year. Their hands made many important for the preserve of practical cases.
Activities such as “The Great Summer Volunteer Festival is a great opportunity to tell people about volunteering, to demonstrate that improving the world around us is not so difficult if we take the matter together! 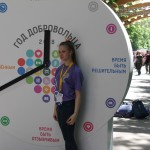 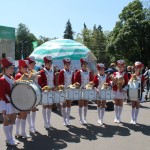 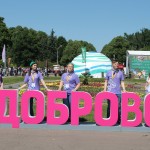 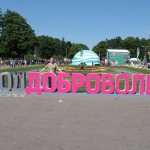 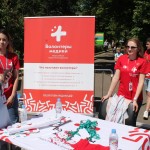 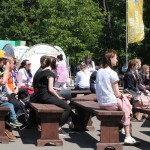