Embassy of Zapovednik’s on «Pristine Russia»

Embassy of Zapovednik’s on «Pristine Russia»

The cultural life of the capital never subsides! Today, employees of the Prioksko-Terrasny Reserve once again took part in the All-Russian festival of nature «Pristine Russia», which takes place in Moscow for the seventh consecutive year. This time, Gostiny Dvor was chosen as the site.

This is a very large-scale and significant event – for almost a month, everyone has access to a wonderful exposition of several thousand specially selected photographs taken in specially protected natural areas. It is very pleasant that photographs taken by our employees Olga Kalinina and Alexander Kulichenko are presented at the exhibition. If you find the time and visit here before the closing day of the exhibition on February 16, pay attention to the photo of the badger at the hole and two butting bison. In the spacious pavilions, creative meetings, lectures, master classes, round tables, and documentaries are shown every day. If you carefully look at the festival schedule, everyone will surely find something interesting for themselves. 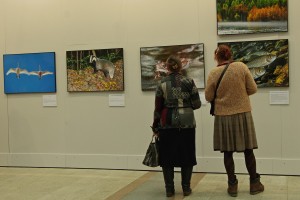 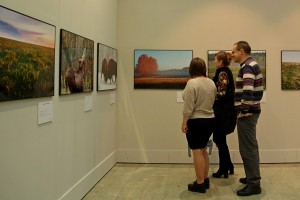 Today marks almost a year since January 24, 2019 at the venue of the «Pristine Russia» festival, a ceremonial presentation of the «Embassy of Zapovednik’s» Charity Educational Foundation took place. The fund was created in 2018 by the team of the «Zapovednik’s» Environmental Center. Its main task is to form public support for specially protected natural areas, to help nature reserves and national parks in the development of environmental education and educational tourism.

Employees of the Prioksko-Terrasny Reserve gladly participated in the festival program. After all, this is a great occasion to meet in an informal setting with many colleagues – specialists from different parts of Russia, as well as old friends from the «Zapovednik’s» Environmental Center – the direct organizers of the «Embassy of Zapovednik’s» Charity Educational Foundation.

The famous Russian naturalist Nikolai Drozdov sent his video message to the participants of the festival – he greeted colleagues who «… professionally and at the call of the soul protect the native nature of our country. These are my friends, like-minded people and associates, and I am always ready to help them.» 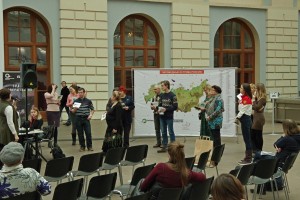 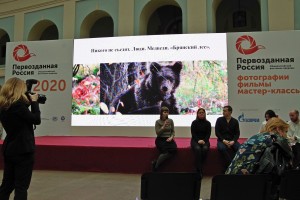 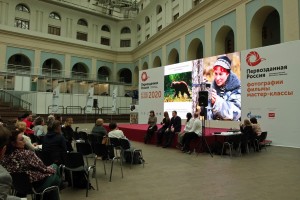 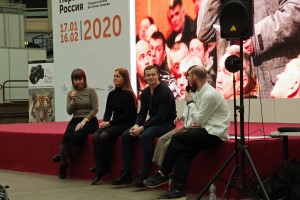 he work schedule was very tight: the problems of the reserve system and its perception in society were discussed, a presentation of the Foundation’s programs was presented, and a «reserve lesson» was held.

Natalia Danilina, Director of «Zapovednik’s» Environmental Center, noted in her speech that «the huge strata of Russian culture are connected with nature … 13% of our vast country are protected areas. It is necessary to attract people, it is necessary that there are many people who understand, work and feel just like those who preserve nature. And we decided that the form of a charitable, enlightening fund is exactly what is needed. And during the year we worked out this idea and formed our programs with which the fund will work.» 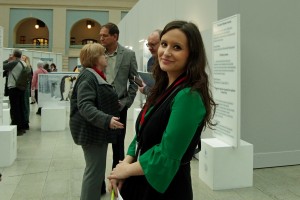 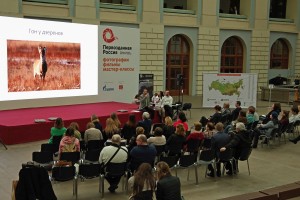 Lively, fascinating pictures from the life of specially protected natural territories were presented in «protected areas stories»: Dmitry Shpilenok from Kronotsky Reserve  «Kamchatka. A story in foxes», Vadim Kirilyuk from Daursky Reserve –«Living Steppe. Manul, dzeren, wolf», Ekaterina Pilyutina from the reserve Bryansk forest – «They will not eat anyone. The Bears. People».

At the end of this day, a small buffet was held, after which it was time to say goodbye to colleagues and recover on the return trip through the snowstorm that had covered Moscow again.

And we don’t say goodbye to the VII All-Russian festival of nature «Pristine Russia» – we will meet here again on February 1, at the «Day of Reserves and National Parks».