All week, from May 14 to May 17, the Environmental sports festival for schoolchildren took place in the Prioksko-Terrasny Reserve.
Teams of secondary schools in the Moscow region competed in environmental knowledge, strength and dexterity. Participants passed difficult individual routes with performance of personal tasks and team competitions.

Ecological sports festival is a form of environmental education and includes tasks that increase the environmental awareness of children, gives them a more complete picture of the world around them, and of course, contributes to their sporting success. Exciting competitions lasted 4 days. These days, teams of schoolchildren answered quiz questions, passed difficult obstacle courses for a while, and even threw cones into the basket. Each participant tried to give everything with full force. Someone had more success in sports, and someone in the test of knowledge. 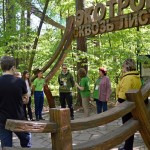 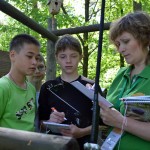 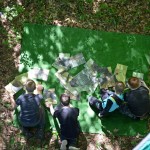 The guys showed themselves perfectly in the past competitions, were set up exclusively to win. The environmental and sports training of schoolchildren was excellent – it was unanimously noted by representatives of the strict jury. In our reserve, events of this kind are held not for the first time, and we could not already be convinced that the test of knowledge in combination with sports passion brings excellent results. Our friends will learn more and more about the life of nature outside Moscow, are more and more interested in the life of the reserve and every time they want to come to us again. 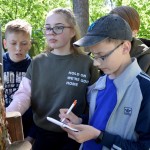 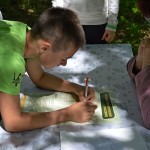 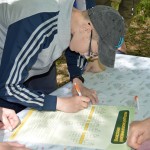 For the final day, the organizers prepared especially difficult tasks, but schoolchildren hardened in a three-day struggle were ready for any difficulties. The competition took place in several stages. First, the students had to assemble an intricate puzzle and guess the crossword on the life of forest dwellers. And then they waited for a rapid rise to the treetops on the high-altitude ecological path “Through the foliage”. There, they immediately checked their wits when answering quiz questions, then the guys moved along the air paths from the site to the site, answering difficult questions. Not a minute was spent in vain, all team members acted clearly and harmoniously! 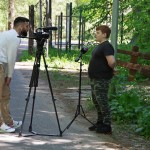 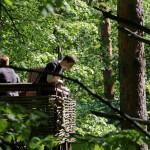 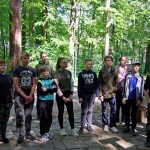 The wit and team spirit of the participants of the competition went through another test – they had to act in front of the camera lens. To shoot a report about their exploits came the group of the TV channel “360 °”. The schoolchildren, who were not used to the close attention of journalists, were at first a little embarrassed, and then got a taste – they obviously liked the idea of becoming heroes of a television story and even gave them extra strength.

The sun gently warmed the forest, filled with lively voices of participants and fans. The serious struggle ended only at dinner, when the tired teams went to drink tea and rest, and the jury retired to count the points. 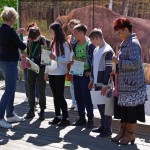 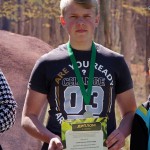 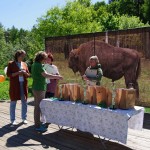 In impatience, everyone was waiting for the announcement of the results. Everybody was worried – both children, and their teachers, and workers of our reserve, and journalists. And so the solemn music began awarding.

Third place went to the team Raisemenovskaya high school
Second place – Dankovskaya High School
And finally – the winners – the team of Proletarian high school! They won the victory is not easy – with a margin of only one point. Schoolchildren’s delight simply had no limits. The children were solemnly presented with medals and prize cups. May they always remind them of an interesting and vibrant environmental sports event in which they participated in May 2019.

We congratulate the guys with a well-deserved victory! All participants of the Ecological Olympics are great fellows! We are proud of their success, friendship, a real will to win and, of course, their knowledge of nature! 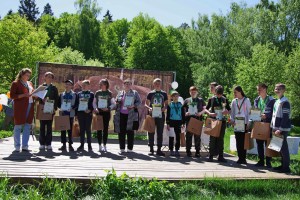 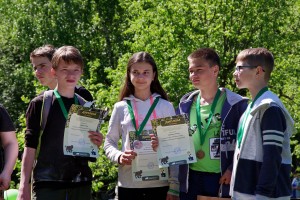 Spring Ecological sports festival –2019 in Prioksko-Terrasny reserve is over, but we are already announcing the recruitment of school teams for September of this year. There will be new tasks, new stages, a lot of new impressions and, of course, a great mood !!!

In the coming week, an announcement of upcoming competitions will appear on our website. We are waiting for new participants and future winners!