In nature, this is the way it is – in most animals, the young appear in spring or summer.

It is easier for babies to enter the world and get stronger when there is warm, plenty of tasty and juicy food, and they meet winter already grown up and well fed. Then the cold is not terrible!

Here and at the Central Bison nursery at this time that every day – then newborns! 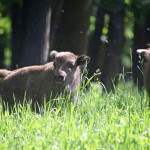 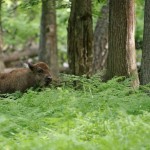 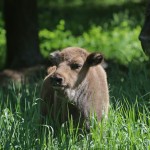 In the bison families, calves appear, and five bison babies are already running around and studying the world around them. Not everyone has names yet. Only born on May 1, baby Mufa was recently adopted and first received a nickname. The rest are still nameless, but do not worry about this at all. 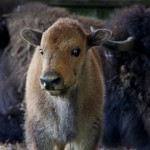 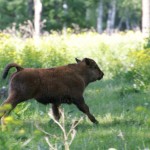 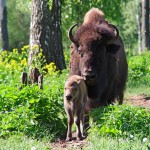 In the buffalo family, too, replenishment – a female named Marie gave birth on April 24 to a male calf, who had learned the nickname Makar. And the female calf buffalo Masters has no name yet.

Most females already have calves, but calving is not rare even in late autumn. There is nothing terrible in this, since favorable conditions are created at the nursery – animals receive excellent nutrition and care throughout the year. 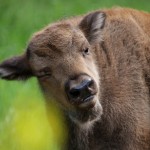 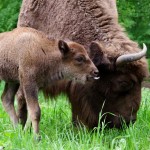 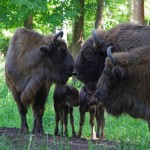 In the Central bison nursery today, five bison and two buffalo were born.