Biosphere Reserve: studying the history of the surrounding places

Biosphere Reserve: studying the history of the surrounding places

The surroundings of the biosphere reserve – the subject of local history research staff оf Prioksko-Terrasny Reserve.

These fertile lands – ancient forests, banks of rivers and streams, spacious meadows were from time immemorial densely populated by tribes of ancient farmers and hunters. Employees of the department of environmental education and educational tourism of the reserve collected a lot of information about the history of the surrounding villages and villages. Collecting this information of local lore is extremely important for working with the local population – it’s very interesting for many people to know the history of their native places. In the vicinity of the reserve, many cultural heritage sites have been preserved and the care that their memory does not disappear without a trace is also part of the tasks assigned to the biosphere reserve.

The history of these places – truly the richest – is the real heart of Russia. Some of the modern rural settlements in the vicinity of the reserve stand on the site of ancient settlements, more than 1000 years old. Finno-Ugric and Lithuanian tribes lived here (Meshchera and Golad). Slavs came to the banks of the Oka from the south-west. 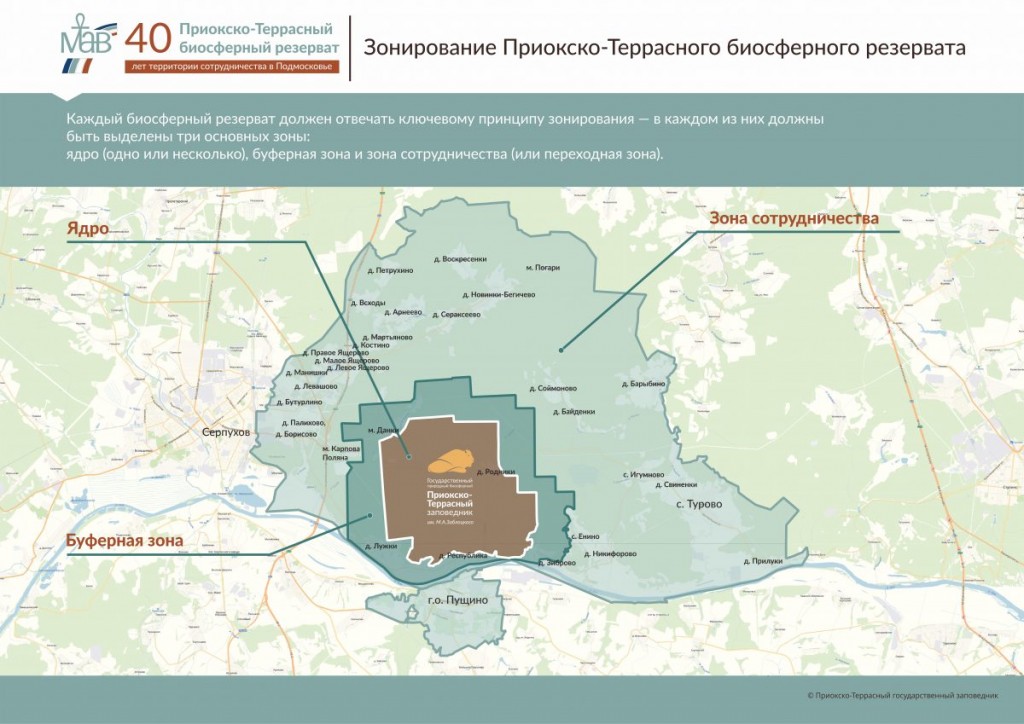 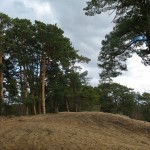 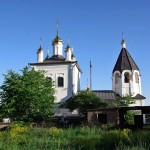 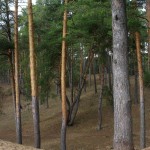 Archeological excavations were carried out in a number of places. For example, the place where the village of Luzhki is located – an ancient village located in the protected zone of the Prioksko-Terrasny reserve along the banks of the small river Koloch, was inhabited by people from immemorial antiquity – archaeological research revealed here the “Luzhkovo” complex of archaeological monuments of the Mesolithic, Neolithic, Bronze, early Iron Age, the second half of the 1st millennium AD. For many centuries the village remained flourishing – there was a stone church of the Life-Giving Trinity with the chapel of St. Nicholas, a canvas, linen and paper factories, a school and a rural club. But, unfortunately, now in Luzhki the picture is bleak – there is a powerful water intake center near the village supplying the cities of Serpukhov, Obolensk, as well as several villages. 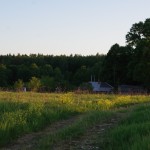 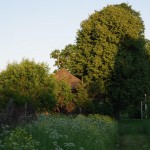 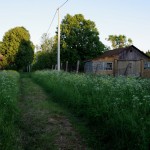 An equally ancient settlement – the village of Priluki, dating back to the 10th century, stands on the site of the ancient settlement of the Dyakovo culture of the Iron Age. Flint scrapers, knives, arrowheads, glass and bronze objects were found here. The chronicles reported such interesting information – on the banks of the Oka River there was a hole called Drunk Mountain.

In order to have a nice rest, eat and drink wine on the way, merchants stopped at this place, carrying goods on barges and small boats along the Oka River. Now Drunk Mountain looks like a high sand dune covered with pine trees. In place of the village is now an elite, partially closed holiday village. Preserving ancient historical dunes from building is a very important task. 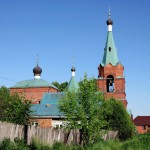 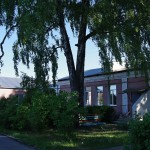 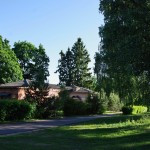 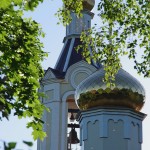 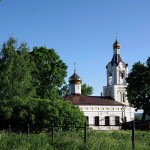 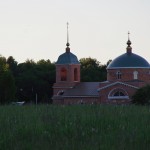 Many villages in our area keep the memory of the dramatic events associated with the invasions of the Tatar conquerors. In 1380, near the ancient village of Turovo, the army of Dmitry Donskoy crossed the Oka River, marching towards the hordes of Khan Mamai. The crossing of the Russian troops took place at Lake Long, where Prince Dmitry watered his horse. In the village of Turovo, on the mountainside now stands a monument. The local legends associate the name of the village of Borisovo with the name of Tsar Boris Godunov, who in 1598 gathered the entire Russian army in the Okskaya flood plain near Serpukhov, which opposed the hordes of the Crimean Khan Kazi-Girey. But this did not save the village, according to the chronicles, the khan’s hordes wiped it from the face of the earth, and it did not revive soon. The same fate of the village of Serakseevo, which disappeared for a century and a half and reappeared on the map of Serpukhov district in 1760.

The village of Turovo on the left bank of the Oka River, near the confluence of the Lopаsnya River in it, is one of the most interesting objects on the map of the Serpukhov District. The names of not only ancient warriors, but also many remarkable artists, writers, and scientists are associated with it. Among them are biologists V.N. Khitrov and A.F. Flerov, geographer D.D. Rudnev, writer I.S. Aksakov, poet F. Tyutchev, artist I.E. Grabar.

The Church of the Nativity of the Most Holy Mother of God and the old rural hospital built in the 19th century have been preserved here. Turov hospital exists to this day, and it is located in the same building. People from 14 nearby villages turn for help here. And our reserve has the most friendly relations with the village of Turovo – children from the local school are regular participants of our environmental holidays, competitions and many other events. 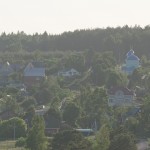 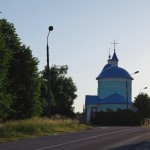 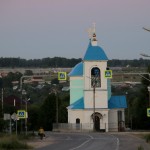 Many villages were located here on the monastic lands. A stone church, built in 1800, is preserved in the village of Igumnovo. The Igumnovskaya church is now operating again and the Sunday school is open when it is attended, mostly by children. On the feast day of saints Flora and Laurus on August 31 many pilgrims gather for her. It is necessary to bring horses to be sprinkled with holy water, since martyrs are considered patrons of domestic animals. Holiday guests have the opportunity to ride a horse.

Our surrounding villages hold the memory of many wonderful personalities. Since the end of the 17th century, the village of Soimonovo on the Elinka River was the patrimony of the boyar family of the Soimons. Fyodor Ivanovich Soymonov, who came from this family in the reign of Emperor Peter the Great, became the governor of Siberia, glorified as a navigator and the “first Russian hydrograph”, and the last owner of the village of the Soymonov family was Mikhail Fedorovich – a prominent organizer of mining in Russia.

The years of early Soviet power also left their marks on our land. On the edge of the vast Oka floodplain, at the very edge of the forest, which later became a reserve, there is a village with the unusual name Republic. Here was created one of the rural communes. In the early years of Soviet power, people lived with the spirit of revolutionary romance. Enthusiasts, although they lived at first in a common big dugout, proudly called their village “Commune Republic”. Together they plowed the land on several horses, milked a couple of common cows, ate in the common dining room. Seven new houses were soon built on money received from the state. And during the Great Patriotic War, six men from the Republic went to the front, only one returned. A sign is stamped on the wall of one of the houses: “The participant of the Great Patriotic War of 1941-1945 Shibaev Vasily Timofeevich lives here.” Vasily Timofeevich – the son of one of the founders of the commune. Until the end of his days he worked as a huntsman in our reserve. “Unpromising” village Republic miraculously survived, but is now inhabited mainly by summer residents.

The name of the legendary red commander Semen Budеnny in our area is connected rather funny story. Since the 16th century, the village of Zhidovinovo, now called Rodniki (“Springs”), stands on the left bank of the Tadenka River. She owes her name to commander Budenny. In the summer of 1938, large military maneuvers were held in the vicinity of Serpukhov. At that time, there was extremely hot weather, which caused many forest fires, including in the forests of the future reserve. Great help in extinguishing fires provided the troops of the Moscow Military District, who participated in the maneuvers. At this time, Budеnny stayed in the village of Zhidovinovo. Apparently, he did not like the inconsistent name, and he ordered to rename the village to «Rodniki» because of the abundance of powerful springs here. Since then, in all documents the village is called Rodniki, but the people still use the name Zhidovinovo. 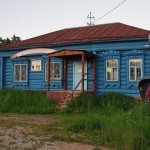 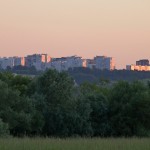 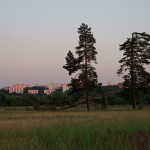 Our full-fledged neighbor is the scientific city of Pushchino, which stands opposite our reserve on the right bank of the Oka. Pushchino is the only specialized center for biological research in Russia. The place where he stands is an interesting story. In the XII century, the rulers of the Vladimir-Suzdal principality built a wooden frontier citadel of Teshil here, closing the Oka crossing to the northern coast.

About the citadel now resembles only an earthen wall overgrown with grass. In the 18th century, on the picturesque bank of the Oka, the estate of the Pushchins set up their homestead. We know about the ownership of these lands by the Pushchins even by ancient books from the times of Tsar Ivan IV. Only the facade remained from the rich Pushchins estate, but reconstruction plans exist.

The science campus at the USSR Academy of Sciences appeared here in the 60s of the twentieth century. Pushchino is famous for comfortable accommodation, green parks. On the territory of the city there are 9 research institutes of all branches of biological science and one astronomical observatory.

In the 90s, Pushchino had a hard time, like all cities of science, but the city survived. Nowadays, in addition to scientific research, a very important area is developing in Pushchino – scientific and ecological tourism. 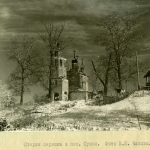 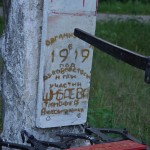 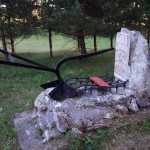 And this is a youth city. There are a lot of music festivals, sporting tournaments of various levels. In the Pushchino Museum of Ecology and Local History, priceless collections are carefully preserved – archaeological and paleontological finds, soil samples, minerals, seeds of rare plants whose age is estimated to be tens of thousands of years, archival documents, a collection of everyday objects of the passing time. Our reserve is connected with the city of Pushchino by good relations, fruitful joint environmental education work.

The constellation of villages surrounding our biosphere reserve is a field for our great work. We gladly give this our strength and inspiration.