Biosphere beacon of the Prioksko-Terrasny Reserve

Biosphere beacon of the Prioksko-Terrasny Reserve

From the building of the visitor center of Prioksko-Terrasny Zapovednik to the depths of the forest there is a road that does not lead tourist excursions. Meteorologists walk along it several times a day to a forest glade, where the Prioksko-Terrasny Zapovednik Observatory of the Background Monitoring Station (BMS) has been located for more than 30 years now.
A high mast with a weather vane, psychrometric booths and soil thermometers are adjacent to a number of installations that you will not find in a normal weather station. There are gas analyzers and equipment for air and precipitation sampling. The equipment performs measurements on more than 30 environmental parameters, including monitoring of pollution — sulfur and nitrogen compounds, mercury, lead, heavy metals, organic pollutants, including pesticides, dioxins, benzo (a) pyrene, and many others.

The monitoring program at this station and a number of hospitals in the reserve provides for a full range of measurements in all major components of ecosystems and natural environments (atmospheric air and precipitation, soil, foliage samples, bottom sediments, surface water). Samples are processed in the analytical laboratory, the data are recorded in an electronic database system. Data has been collected since 1984 — a continuous series of parameters of great scientific value.

According to the concept of the MAB program, such stations are an integral part of biosphere reserves. Biosphere reserves are an ideal location for background monitoring stations, since they are distant from large industrial centers and are unique standards of the biosphere. Data on the state of the abiotic environment of a territory collected at such stations are combined with data from wildlife monitoring, hydrological observations, and soil studies. 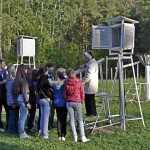 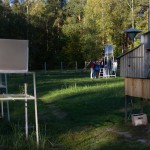 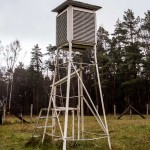 The task of background monitoring is to identify global trends in changes occurring in the biosphere at the background level of pollution with anthropogenic impact. The station of Prioksko-Terrasny Reserve is unique in the level of equipment and the number of measured parameters. For more than 30 years of observation, the BMS database has been replenished with a large amount of information not only about the content of pollutants in natural environments, but also about climate change.

“Our station is called“ forest ”because it is located in the forest,” says Vera Ableeva, senior researcher of the reserve, head of BMS, “Previously, a lot of our work was done to assess the state of nature in a variety of parameters, with sampling, various studies of air, water, soil, biota. Then systematic monitoring went to BMS, with an analysis of the state of the system according to many factors.

This work should not be interrupted, it should be permanent. We are in constant communication with colleagues, together we assess climate change. So comparing the average annual air temperatures in the reserve and at one of the Moscow meteorological stations, we found that the increase in average annual temperatures occurs synchronously. In general, the concentrations of pollutants in the reserve are very low: about 10 times less than in Serpukhov and 100 times less than in Moscow, and they do not produce a negative impact on nature.

A long observation period made it possible to identify patterns of changes in the concentrations of pollutants. For example, in the cold period of the year, concentrations of most of the substances detected increase in air. Organochlorine pesticides are still present in small quantities in all natural environments. ” 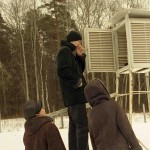 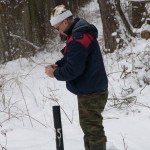 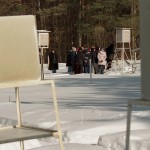 BMS in the reserve measures not only the background parameters. For example, once in the mid–1980s, air samples began to show abnormally high levels of polychlorinated biphenyls — hazardous organic pollutants.

A source of pollution was established — the “Condenser” factory, which used 14 commercial polychlorobiphenyl preparations in the production technology of capacitors since the early sixties.

As a result of the imperfection of the technology, the factory has created a contaminated area over the 20 years of operation, exceeding the allowable level of polychlorobiphenyls by 50-100 times. Subsequently, it was found that the population living in the contaminated area, there is an increased mortality from diseases of the circulatory system, cancer, respiratory diseases.

“Both the soil and surface waters were polluted in the city,” says Vera Ableeva, “And we have increased the content of polychlorobiphenyls in the air. The maximum permissible concentration of polychlorinated biphenyls is very small, measured in nanograms. And our equipment immediately felt their presence. At first, we could not understand where this pollution comes from. And then they found out that such a disaster happened in the city. 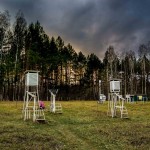 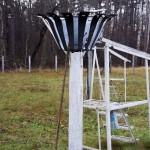 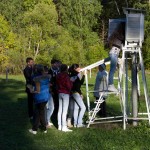 These were the 80s, the public was not wide. But nevertheless, the city raised this problem and began to solve it. We participated in a special round table on this topic, in a survey of the entire area, samples of soil and river water were taken. It was a very big job. In Serpukhov, they began to carry out cleaning activities, the company was closed. Then our polychlorobiphenyls were no longer detected in the air. ”

Scientists are planning to repeat the studies that have been done once in the 1980s on the impact on the ecosystem of a highway that passes through the territory of the reserve. Then, thirty years ago, no particular influence was revealed. But now, when the stream of cars does not dry out along this route, this study would be very useful.

Small Prioksko-Terrasny Reserve is a full-fledged point of global monitoring. Long-term observation series are integrated into the global climate research system.
Together with the institutions of Roshydromet and the Russian Academy of Sciences in the reserve, observations are carried out on 4 international cooperation programs:

“All our weather data goes to the Weather Data Center,” says Vera Ableeva. “Pollution data is sent to the Institute for Global Climate and Ecology. And according to the level of pollution, according to meteorological parameters, in these territories, an assessment of climatic parameters in general on the earth is being done — after all, biosphere reserves are a network throughout the world on all continents and in all natural zones. And if we see that the level of pollution and climatic parameters change even here, then what can we say about those territories that have already been greatly changed by humans.

Both biosphere reserves and these background monitoring stations are such signal beacons. They can warn of danger, and build risk predictions. From the data coming from such here as ours, small sites in forests, mountains, deserts and tundra, an overall picture of the health of the climate and biosphere is formed.” 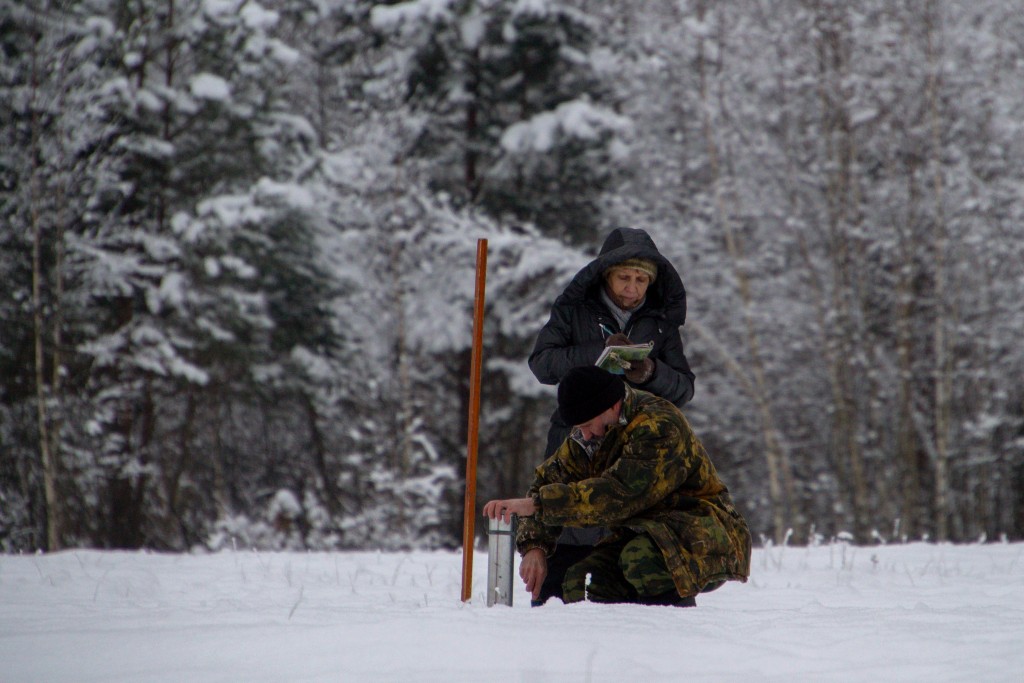