Biology In The Field

Biology In The Field

On May, 21 and 22 the students and applicants of the biological class at the school 179, Moscow had a field trip in the Prioksko-Terrasny Nature Biosphere Reserve.

The idea behind the biological class is to make the students interested in biology familiar with the modern concepts and approaches, give them a broader view in related areas of science, teach them to understand the science problems as a whole. That’s why the class curriculum necessarily includes such subjects as molecular biology, field botanics and zoology, the statistical theory approaches, bio-informatics and modern chemistry.

The entry interview for the biological class consists of several steps, but the traditional final part always includes a field trip. The senior students organize guided tours in the forest for beginners, teach them to write in the field journals, show them blooming plants, birds, insects and watch how interested the applicants are in the field biology.

— This field trip is a chance to get to know our new class, — says Elena Kudrayvtseva, PhD in Biology, a staff scientist at the Institute of Bioorganic Chemistry at the Russian Academy of Sciences. — We would like to thank the reserve for letting us run our first field trip in this year on the their territory. Both students and their scientific supervisors enjoyed the trip. We noticed many interesting birds: a couple of black woodpeckers flew over the camp, we could also hear a wryneck screaming, nightingales singing and once we met a goatsucker. There were wonderful plants in bloom: primroses, lilies-of-the-valley, Solomon’s seals and others. The field trip participants saw a roe deer and found the wild boar footprints. We hope that we didn’t disturb the reserve inhabitants too much and we would like to continue our cooperation with the Biosphere Reserve. 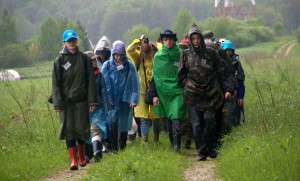 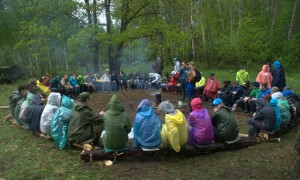 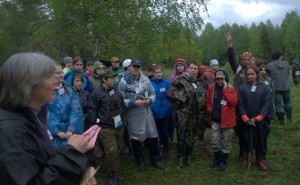 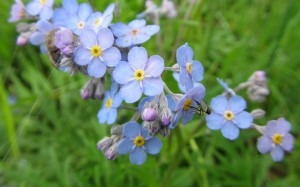 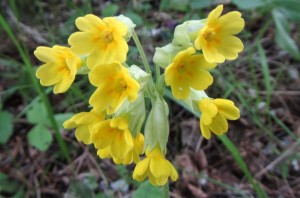 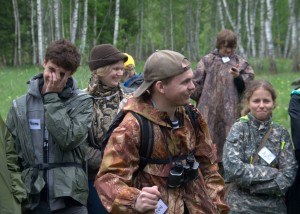 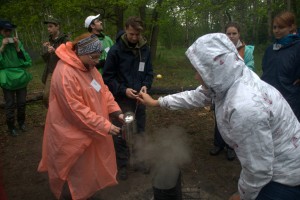 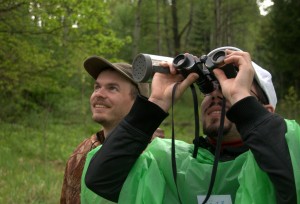