Environmentalists, volunteers, journalists and bloggers started from Moscow on June 5, timed the beginning of the rally to celebrate World Ecologist Day.
The participants of the motor rally will be able to open new tourist routes for the weekend. See interesting places that are available for a quick visit. They can enjoy the picturesque places of the central part of Russia. 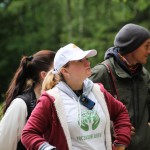 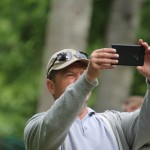 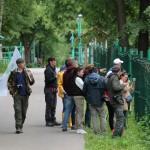 During the rally “The Zapovedny Ring” its participants will travel hundreds of kilometers along the Moscow, Yaroslavl, Vladimir, Tver and Novgorod regions.
The first object of the visit for the rally participants was the sights of the national park “Losiny Ostrov”, then they visited the national parks “Pleshcheyevo Lake” and “Meshchera”. The Valdai National Park and the reserves – Prioksko-Terrasny and Central-Lesnoy continued the route of the motor rally.
Director of the Department of Environmental Protection of the Ministry of Natural Resources and Ecology of Russia Andrei Kolodkin in an interview with RIA Novosti said: “We have a lot of reserved pearls in the central part of Russia, and people just do not know about them. In the Year of the Volunteer, we want to show how we guard the reserves, and we can not do without citizens. During this time, colleagues will see the animal world, the plant world of these territories. And the trees will be planted, and they will hold separate measures to preserve the objects of the animal world. ”
Overcoming the usual Moscow traffic jams, the participants arrived to us in the Prioksko-Terrasny reserve. The day was not cool in summer, but warmed up with hot tea, the guests received a cheerful mood and visited the Central Bison nursery with pleasure. It impressed everybody – they bred bison for almost 70 years to replenish free populations.
Further acquainted with the high-altitude ecological path “Through the foliage” and the ecological park “Tree-House”, the participants of the rally moved on. There were enough impressions! A lot more interesting and exciting is ahead!
We will be waiting with interest for stories about other attractions that will be able to see the participants of the rally “The Zapovedny Ring” and which will attract attention thanks to this fascinating action! 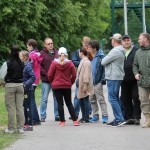 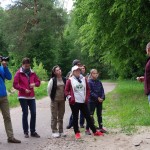 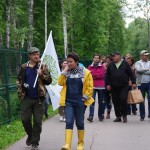