Prioksko-Terrasny Reserve > News > Reserve news > About Mu and Ma, or the latest news from the nursery

Spring is a wonderful time for a new life. In the Central Bison Nursery, calves are born one after another. Each year, the appearance of new babies causes a lot of emotions and joyful surprise.

This year, the Musemlyanin was born first, he chose a very good time and was born on the “International Mother Earth Day” on April 22. Since the bison mother hid the baby from strangers, the employees did not know the exact sex of the calf, but decided that if the calf turns out to be a girl, it’s called Musemlya, and if it’s a boy, let it be Musemlyak.

But later the reserve team gave the bison the name Musemlyanin – in a few years the baby will grow into a huge bull, so his name will sound more serious. 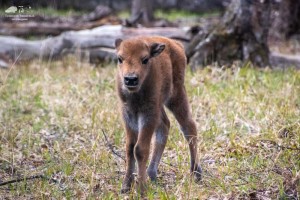 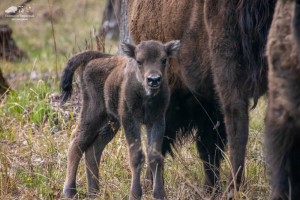 Of course, being an only child is great, but just a few days later, on April 25, baby Musila was born in the same family. Now the calves were not bored together. All attempts to capture them in photos and videos usually ended in failure – the family, led by the powerful bison Murakami, took refuge in a dense forest and any approaching person quickly realized that they were not welcome. 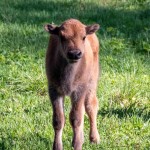 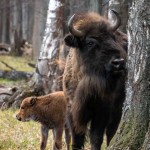 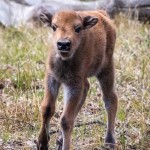 On the same day, April 25, there was a replenishment in the buffalo family. There is only one collection group in the nursery and usually the buffalo calves are the first to be born. But this year, the female Marie with the birth of a baby named MataHari was a little late.

So ended April. On the first of May, in another corral, where the bison Muchadr lives with the family, a calf was born that received a short but memorable nickname Muzh, and a little later on May 7, a female Mubrava was born. 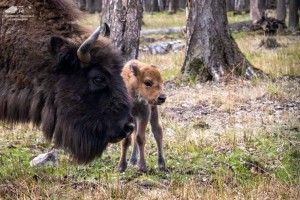 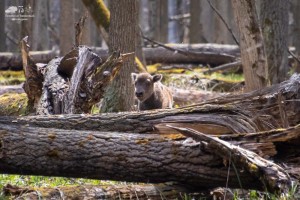 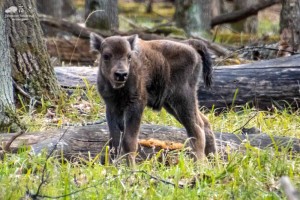 May continues, and we look forward to some more corral, in which bison family new residents will appear. So far, 4 bison and 1 buffalo were born in the Central Bison Nursery of the Prioksko-Terrasny Reserve. 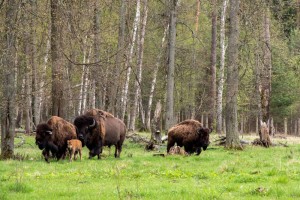 It’s a pity that in connection with the pandemic, there are no excursions in our reserve and nursery, because visitors always help a lot with choosing nicknames for kids. Especially children’s groups, having barely heard our rule from the guide, to give all bison calves born in the nursery nicknames for the syllable “Mu” and buffalo for the syllable “Ma”, then they can not calm down for a long time and come up with thousands of them. 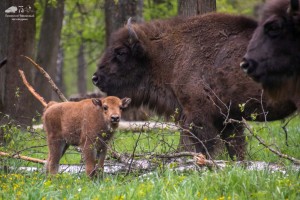 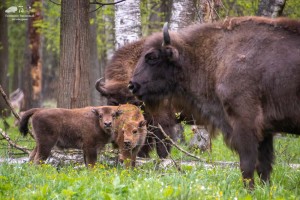 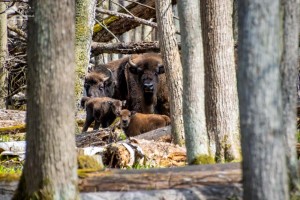 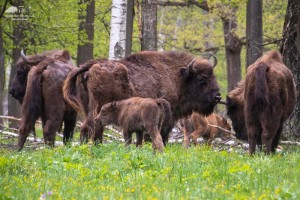 Let’s not break the tradition – send us your suggestions on social networks, we will use the most interesting ones with pleasure, but don’t think that it’s simple – about 700 bison have been born in the nursery, and the nicknames, you know, should not be repeated.