Delegates from the Prioksko-Terrasny Zapovednik took part in the 17th scientific conference convened by the Society of Friends of the Bison, which was held from September 5 to 7 in the Bialowieza National Park (Poland).
Borders and the language barrier have never been insurmountable obstacles for people engaged in the most important thing — the preservation of the last wild bull in Europe. Nearly disappearing from the face of the earth, this contemporary of the mammoth actually returned from oblivion thanks to the joint efforts of people from different countries. In less than a century, the bison population from 48 animals in 1927 grew to almost 8,000 in 2019. And this is the result of many years of painstaking work by many people.

Bialowieza National Park was among the initiators of this important matter. As one of Poland’s oldest national parks, he could not stay away from this important event. September 19th marks 90 years since the bison were again brought into this territory from other parks. Work began on their breeding and maintenance, and everyone was given the opportunity to look at rare animals with their own eyes. 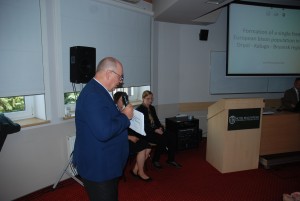 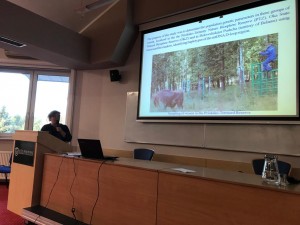 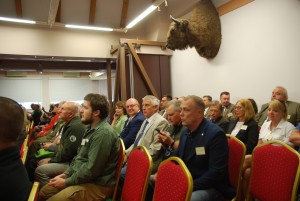 The conference was attended by 224 specialists of various profiles, but all of them are closely related to the topic of bison breeding. Delegates arrived from Russia, Belarus, Holland, Ukraine, Spain, Denmark, Germany, Romania, Switzerland, Sweden, the USA and of course Poland itself. In Russia, many specially protected natural areas breed bison. The Prioksko-Terrasny Reserve, where the first Central Bison Nursery has been operating in Russia for more than 70 years, was represented by Director Evgeny Grigoryev Evgeny and Deputy Director for Bison Maintenance and Breeding Irina Zemlyanko, who made a presentation on the topic: “Treatment and prevention of mixed infections in bison in the Central Bison Nursery. 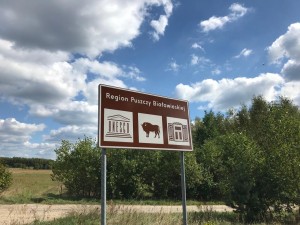 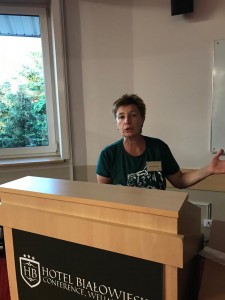 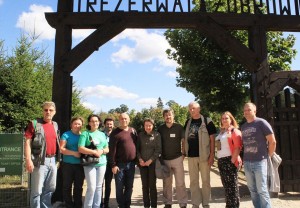 Valuable gifts were presented to the Bialowieza National Park from the Prioksko-Terrasny Reserve — a photo album dedicated to the 70th anniversary of the Central Bison Nursery and a set of souvenir dishes. 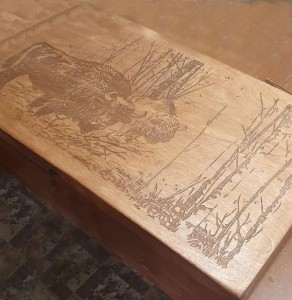 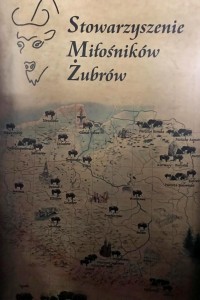 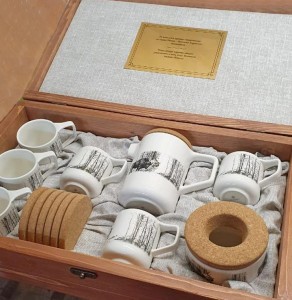 From Russia there were also representatives of the Bryansk Forest, Kaluga Zaseki, Oksky, and Oryol Polesie and Ugra national parks.
Next year, the traditional annual bison conference will also be held in Poland, the Augustow Forest is chosen as the venue.