Вuffalo went on a trip to Magadan

Вuffalo went on a trip to Magadan

Every year thousands of people come to visit the tourist sites of Prioksko-Terrasny reserve.

The main attraction is the Central bison nursery, where, in conditions close to natural, you can meet the living contemporaries of the mammoth – bison and see the bison’s closest relatives grazing in a separate pen – the North American buffalo. Only here, after visiting the tour, you can see these animals nearby and compare their features.
In the nursery there is only one buffalo family consisting of one male and two females, and we send young animals that have reached the age of one to safari parks and other zoological institutions in our country, and sometimes even abroad. This is done to avoid overpopulation in the nursery. In Russia, buffalo, our nursery never releases into the wild, because these animals, unlike bison, are our guests from another continent. 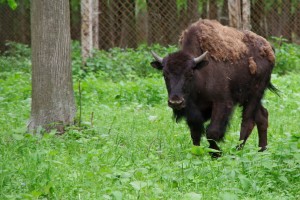 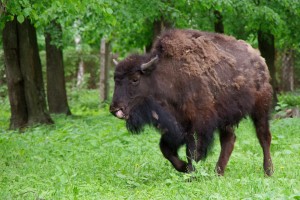 At the end of June, two of our pets, buffalo, recovered into a long and difficult journey. Grown up female buffalo last year of birth named Magda and Mahatma went to a distant Magadan region.
Preparation took a long time: documents were drawn up, special lightweight transport cages were made, adapted for air transportation, in which animals are easier to care for.
When the quarantine established by sanitary norms for animals was completed and all the formalities were observed, the buffalo set off on the road. 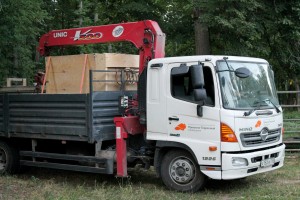 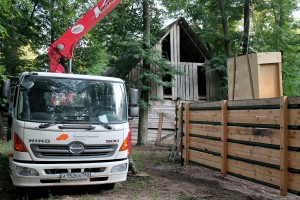 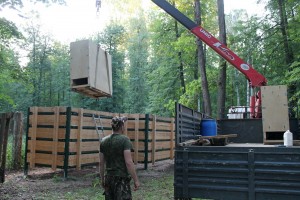 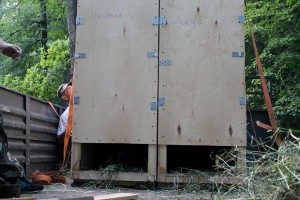 The journey began on June 23 from moving to Sheremetyevo Airport. There, transport cells were loaded onto an airliner with heated cargo space, and Magda and Mahatma set off on an eight-hour flight to Magadan. 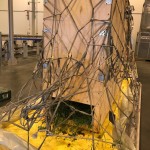 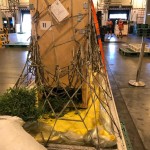 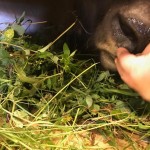 The flight is very tiring for animals, and especially for those who get from a quiet forest pen to a roaring plane. But the adventures of our travelers didn’t end there! Then they had a two-day voyage to the village Takhtoyamsk, where they were already eagerly awaited.
Here the long journey ended safely! According to the new owners, the animals tolerated the trip well, they had a good appetite, and this is a sure sign that both females are healthy.
Young buffalo from the Central bison nursery found their new home with other animals living in the Noah’s Ark zoological complex. Hopefully, here they will be just as good as ours. 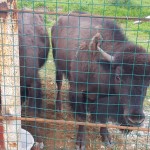 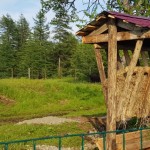 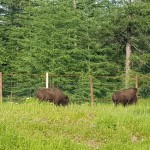