The Prioksko-Terrasny Nature Biosphere Reserve named after Mikhail Zablotsky is an island of wilderness in the most densely populated region of Russia.

It is the only reserve of the Moscow region, which is situated 12 km from Serpukhov town. It is located on the terraces of the valley of the Oka River, covered with pine and mixed forests. In the reserve, there grow 981 species of vascular plants. This unique territory supports diverse ecosystems like swamps with commonly northern sundews and cranberries, and typical southern steppe vegetation.

This is one of the smallest reserves in Russia. However, the area of about 5 thousand hectares is inhabited by 142 species of birds and 57 species of wild mammals. The main attraction of the reserve is a European bison – a wild wood ox, the largest ungulate animal in Europe, a contemporary of the mammoth, which recently was on the blink of extinction. Visiting the Prioksko-Terrasny Reserve is a great opportunity to relax in the nature and to get unforgettable experience of meeting a herd of European and American bison in the forest. 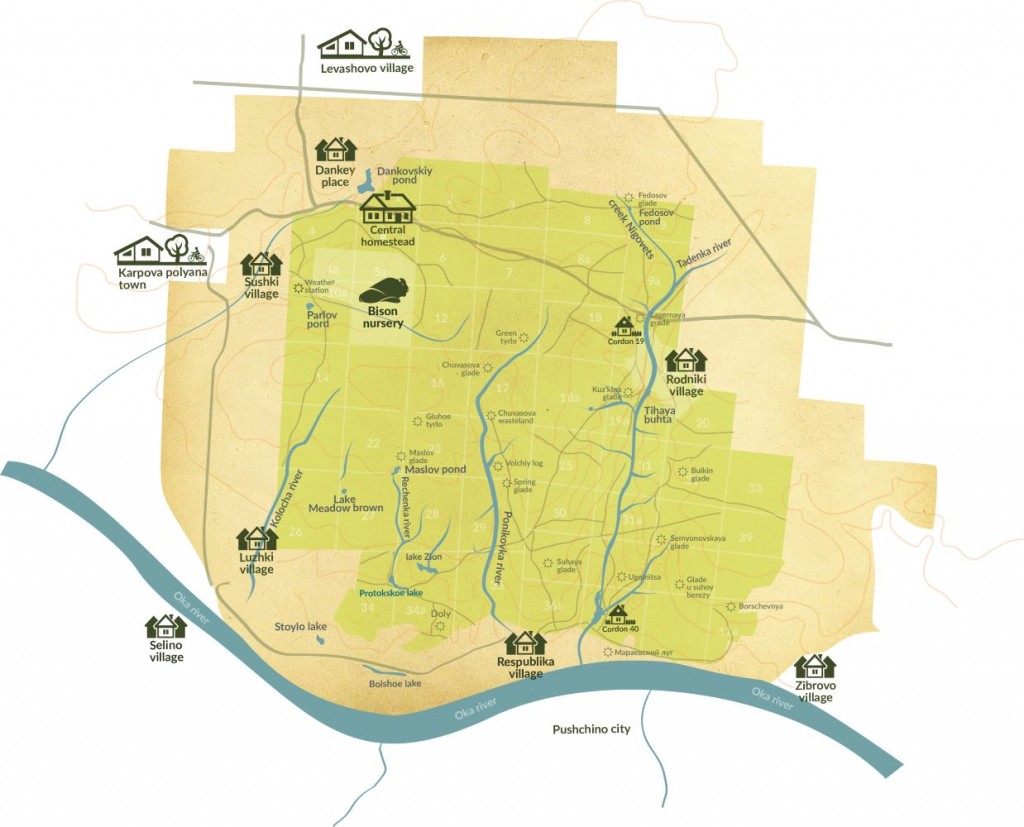 The reserve seeks the help of open-hearted people with skilful hands who love nature and wish to preserve its glorious beauty.

The king of the bulls urgently needs your care. Whether an individual, a group of friends or an organization, you can adopt a bison by funding its annual nursery expenses.

You are invited to enjoy the idyllic nature of the southern suburbs: walk along the eco-path with an expert guide, visit the bison breeding centre, and explore the reserve's museum.‏

The reserve would like to express gratitude towards its partners and is ready to cooperate with all interested organizations and individuals.